Automotive manufacturer of Paris.France from 1893 to 1906. 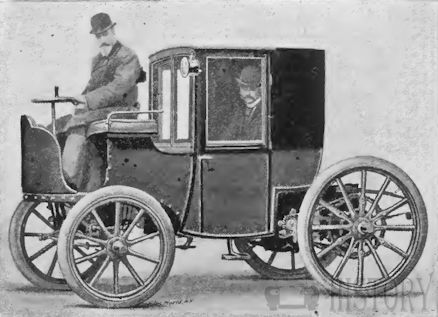 Jeantaud was a French manufacturer of automobiles from the late 1890s to the eary 1900s .

The company initially produced only electric cars. The choice was open bodies, coupes and Hansom Cabs.A series field coils, are used, which gives speeds from 3 to 11 miles per hour. The 44 battery cells weigh 880 pounds. The elevation and plan of the driving and steering gear. , is peculiar, as the transmission is through a set of three bevel gears at each side in order to get around a centrally located steering pivot and to make it easy for drivers of the steering wheel. 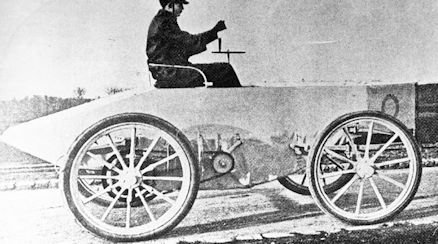 With his electric car model Jeantaud Duc launched on 18 December 1898 at a speed of 62.78 km / h in Achères ( Yvelines ) near Paris , the French car racer Gaston de Chasseloup-Laubat on the first record of securitized records for a land vehicle .. A vehicle participated in the 1895 Paris-Bordeaux-Paris car racing, but retired. In addition, created record vehicles for hunting on the land speed record , the driver Gaston de Chasseloup-Laubat was able to achieve three times.