Automotive manufacturer of Nantes.France from 1899 to 1909. 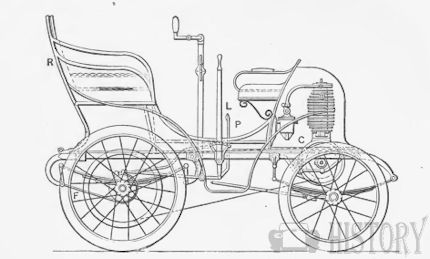 Underberg et Cie. was a French manufacturer of automobiles from the turn of the 19th century .

The first model was equipped with a air-cooled single-cylinder engine of Gaillardet 3 hp equipped performance. seat and linked under the carriage body to the arms of the pivoted wheel axles. The vehicle weighs six hundred pounds, has an average speed of fifteen miles per hour, and will climb a grade of eight per cent. under the slow speed. The frame is made of steel tubing, 1 and half inches diameter, and suspended On springs. Wheels have pneumatic tires and
ball bearings. Electric ignition by induction spark is regulated by a side handle on the steering lever.