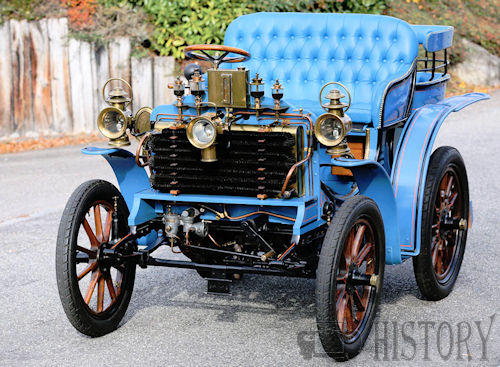 The Bardon cars used horizontal opposed-piston engines of Cobron-Brillié type, with 2 pistons per cylinder. These drove 2 crankshafts which meshed with

a transverse shaft, This engaged with a differential shaft to provide 3 speeds,and final drive was by double chain. 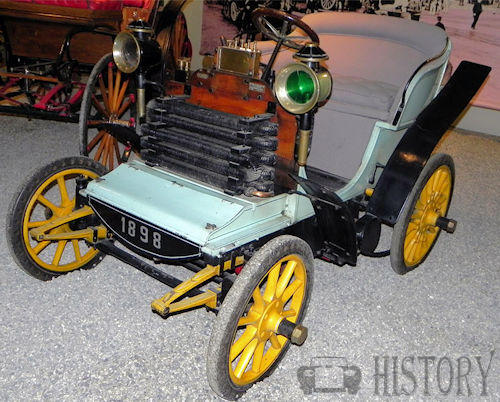 The first Bardon had a 4/5hp single-cylinder engine, which was supplemented by a 1Ohp twin in 1901. 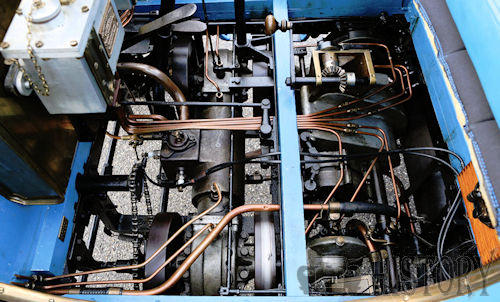 Single-cylinder engines were mounted under the floor,from 1900

The single-cylinder engines were mounted under the floor, and the twins under a low  bonnet, Shaft drive replaced chains in 1902, but at the 1903 Paris Salon only commercial vehicles were shown. 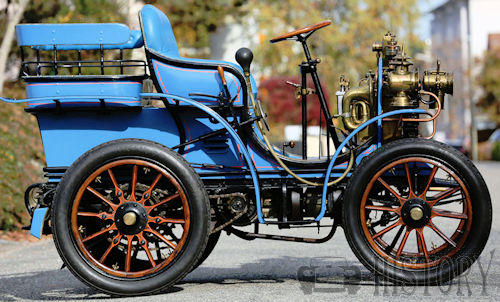 Production of Bardon cars ceased in 1903, and not long after, Georges Richard took over the premises to build Unic cars. 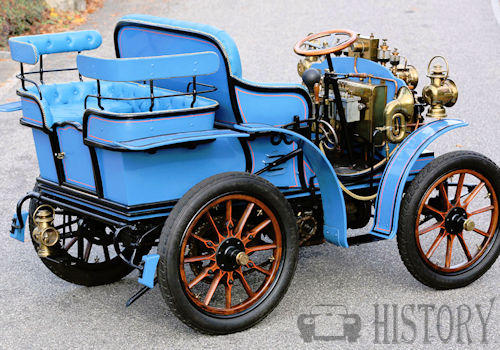