The Société Air Tourist company, with its little factory at Paris in the rue de Ponthieu, began production of a small three-wheeled car in 1955. Production probably never progressed beyond the prototype stage and ended in 1958.

There was a single model, manufactured under license from Brütsch of Stuttgart. The car featured three wheels, with the single wheel at the back. Also at the back was a single-cylinder engine of between 125 cc und 250 cc. Engines came from various suppliers including Lambretta, Maico, Sachs and Ydral. 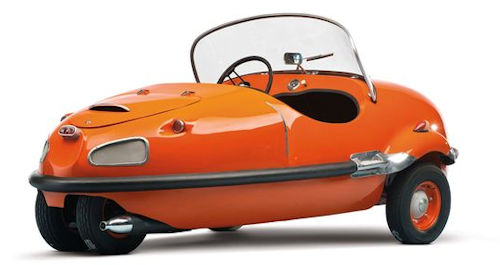