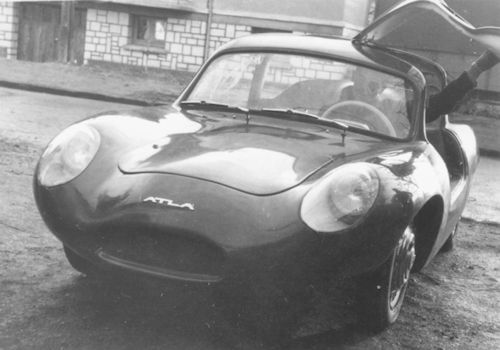 The Atla was a French automobile manufactured from 1957 to 1959 at Garches. Support for the project came from Jean Schwab who was the local Renault dealer at Garches and who sold the cars. Important input also came from an engineer called Charles Cusson who was responsible for the tubular chassis.The car was otherwise the project of Jacques Durand (later of Sera, Sovam, Jide and Scora)

The car was initially priced competitively and about 20 were sold before the manufacturers revisited their costings and found themselves obliged to increase the price very considerably, at which point customer demand disappeared.