The Alda was a French automobile created by Fernand Charron of Charron, Girardot et Voigt (CGV).

Cars were available with the Henriod rotary valve system; another version featuring six cylinders was also offered. Post-World War I, the four was the only model offered, though it was rebored to 3,563 cc (217.4 cu in). 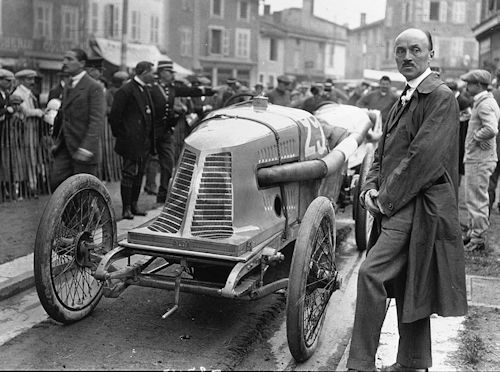 Fernand Charron at the 1914 French Grand Prix standing next to the Alda built by Charron, Girardot et Voigt

The name ALDA was invented by the readers of the magazine l'Auto, an acronym for "Ah - La Délicieuse Automobile!". to avoid confusion with Charron cars made by C.G.V at the same time.