Rolland-Pilain was a French car maker formally established on 4 November 1905 at 95, rue Victor-Hugo in Tours by François Rolland and Émile Pilain.

Rolland was already a successful businessman locally who had made a fortune in the wine business. Émile Pilain had a more technical background, having been trained by his uncle, François Pilain, who had relocated to Lyon and himself established an automobile manufacturing business called SAP (Société des Automobiles Pilain). Emile, the nephew, had remained in the Tours area, however.

The partners started by repairing and selling motor vehicle, before they started producing their own cars, which appeared only in 1907.

In 1911 the business relocated to 44, place Rabelais, still in Tours, and the company became a Société anonyme (effectively a limited liability company). The company would retain this status until the money ran out, in 1925.

The Rolland-Pilain cars pioneered many innovative solutions despite very limited financial resources. One such feature was hydraulic brakes. The models ranged from family cars to sports and luxury cars.

The war and a two-year loss of control

During World War I Rolland-Pilain produced shells and parts for aircraft engines using a female work force. The war also saw the successful Gnome et Rhône aero-engine manufacturer relocating production outside Paris, and one of their new manufacturing bases was established in Tours. At the end of the war, in 1918, Gnome et Rhône invested in the Rolland-Pilain business, taking a majority share in it, but they disposed of their holding in 1920. By this much of the management was passing from François Rolland to his son Lucien Rolland, but Émile Pilain sustained his own involvement, while his elder brother, Léon Pilain, who had previously worked in Paris for Delahaye was also now playing an increasingly important part in the business.

At the Motor Show in October 1919 the manufacturer exhibited three cars.

The six cylinder car never made it to "volume" production, but both the four cylinder cars would enjoy some success. Prices were listed at the Motor Show for the cars in bare chassis form and included lighting, but they did not include the tyres.

Five years later there was no sign of a six cylinder model, but version of both the four cylinder engines appeared at the Motor Show in October 1924, where the manufacturer exhibited four cars.

Prices were listed at the Motor Show for the cars in bare chassis form and included lighting, but they still did not include the tyres. 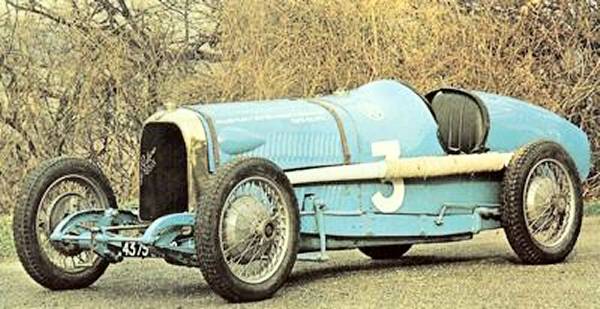 The greatest success came in 1923, when Albert Guyot drove a Rolland-Pilain A22 to victory in the San Sebastián Grand Prix.

Rolland-Pilain returned to Le Mans in 1924 and again in 1925, entering 3 Torpedo bodied cars, their engine sizes restricted to 1,997cc. Only one of the three finished, driven by Jean de Marguenat and Louis Sire, and achieving seventh place.

French auto-makers set great store by endurance events in Africa during the 1920s, and the company received much positive publicity from the "Tranin-Duverne" marathon drive undertaken from Conakry to Djibouti using a 10HP Rolland-Pilain. The exploit lasted from 3 December 1924 to 20 February 1925. This was the first time a wheeled car had traversed the African continent from west to east.

A lack of funds led to Rolland and Pilain losing control of the company in 1926. Things went downhill from there. Automobile production ended in 1927 and the company was declared in default of its debts in 1928. After a period of struggle, the factory closed in 1932.

When production ceased, more than 5 000 cars had been built.