Brasier was a French automobile manufacturer, based in the Paris conurbation, and active between 1905 and 1930.

Charles-Henri Brasier worked briefly with Panhard and then for some years with Émile Mors before, at the age of 35, he set himself up as an automobile manufacturer on his own account. He did this in partnership with Georges Richard, the two of them establishing the Richard-Brasier business in 1902.

By 1905, Richard being repeatedly away from his desk due to his motor racing activities and, it was reported, injuries sustained as a result, relations had broken down between the partners and Georges Richard left the company in 1905 to found Unic. The newly renamed Brasier was therefore born into an atmosphere of recrimination and litigation. Nevertheless, Brasier retained the premises originally acquired by the Richard-Brasier company in Ivry, then as now just outside the ring formed by the old city walls (today followed by the "Périphérique" motor-way) on the southern edge of central Paris.

Before World War I, several twin, four and six-cylinder models were offered. During this period the company was selling around 1,000 cars annually.

Following the outbreak of peace, production was resumed in 1919 with a 3404 cc model. 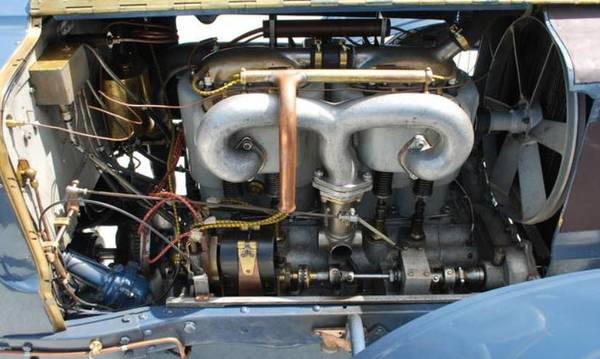 In October 1924 the Brasier stand at the 19th Paris Motor Show was, as in earlier years, prominently positioned in the central part of the display area, but by now Henri Brasier had switched away from the very large cars he had produced in the immediate post-war years, and was offering the "Brasier Type TB4", launched in 1923 and powered by a 4-cylinder 2,062 cc (12 CV/HP) engine, set on a wheelbase of only 3,100 mm (122.0 in). The currency had continued to lose value following the end of the war and this model was listed at 40,000 francs for a "Torpedo" bodied car and 45,000 francs for a "Conduite interieure" (two-box sedan/saloon/berline) version. By this time, however, the company's market-place presence was being progressively eaten into by other, more focused and forward thinking auto-makers.

The cars made after 1926 are known under the name of Chaigneau-Brasier. The company appears to have sought a return to its "luxury car" strategy of ten years earlier, now combined with elements of technical innovation for which its traditional customers had not been prepared, introducing a 3-litre ohc engined front-wheel drive car, described by one commentator as "Utopian",in 1928 An even larger model followed in 1930 In view of the savage economic downturn crystallised by the Wall Street Crash of October 1929, the timing of this venture could hardly have been more excruciating. The new large Chaigneau-Brasiers attracted plenty of interest at the annual Paris Motor Shows. A journalist described the 3-litre car of 1928 as sitting on "le châssis le plus moderne du salon [1928]" ("the most modern chassis at the 1928 Paris motor show") but it turned out that the car displayed was only a prototype, and it is not clear if any were actually produced for sale. The company fell into acute financial difficulties. With production capacity at the Ivry plant now badly under utilised, nemesis was postponed by a major investment from Delahaye who were at this time still short of capacity themselves, and were able to transfer some truck production to the Chaigneau-Brasier plant. Chaigneau-Brasier were therefore able to survive, but only till 1930 or 1931. Sources differ.

Léon Théry entered a Brasier in the 1908 French Grand Prix, but surrendered after 9 laps of the 10 lap race.