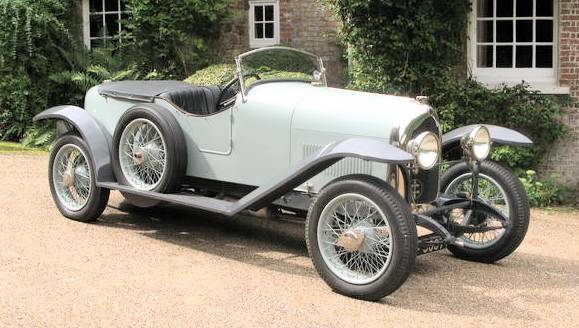 Lorraine-Dietrich was a French automobile and aircraft engine manufacturer from 1896 until 1935, created when railway locomotive manufacturer Société Lorraine des Anciens Etablissments de Dietrich and Cie (known as De Dietrich et Cie, founded in 1884 by Jean de Dietrich) branched into the manufacture of automobiles. The Franco-Prussian War divided the company's manufacturing capacity, one plant in Niederbronn-les-Bains, Alsace, the other in Lunéville, Lorraine.

In 1896, managing director of the Lunéville plant, Adrien, Baron de Turckheim, bought the rights to a design by Amédée Bollée. This used a front-mounted horizontal twin engine with sliding clutches and belt drive. It had a folding top, three acetylene headlights, and, very unusual for the period, plate glass windshield. While the company started out using engines from Bollée, de Dietrich eventually produced the entire vehicle themselves.

In 1898, de Dietrich debuted the Torpilleur (Torpedo) racer, which featured a four-cylinder engine and independent suspension in front, for the Paris-Amsterdam Trial; Gaudry wrecked en route, but still placed third. The response was substantial, exceeding one million gold francs. The 1899 torpilleur was less successful, despite underslung chassis, a rear-mounted monobloc four, and twin carburettors; poor preparation left none of the works teams able to complete the Tour de France.

The same year, management at Niederbronn quit car production, leaving it entirely to Lunéville, with the Alsace market being sold a Turcat-Méry badge-engineered as a de Dietrich. Even at the time, this was seen with some disdain, and Lunéville put the cross of Lorraine on the grille to distinguish them. Nevertheless, under the skin they were little different, nor would they be until 1911. For all that, the Lorraine-Dietrich was a prestige marque, ranking with Crossley and Itala, while attempting to break into the "super-luxury" market between 1905 and 1908 with a handful of ₤4,000 (US$20,000) six-wheeler limousines de voyage.

Like Napiers and Mercedes, Lorraine-Dietrich's reputation was built in part on racing, which was "consistent if not distinguished", including Charles Jarrott's third in the 1903 Paris-Madrid Rally and a 1-2-3 in the 1906 Circuit des Ardennes, led by ace works driver Arthur Duray.

De Dietrich bought out Isotta-Fraschini in 1907, producing two OHC cars to Isotta-Fraschini designs, including a 10 hp (7.5 kW) allegedly created by Bugatti. Also that year, Lorraine-Dietrich took over Ariel Mors Limited of Birmingham, for the sole British model, a 20 hp (15 kW) four, shown at the Olympia Motor Show in 1908, offered as bare chassis, Salmons & Sons convertible, and Mulliner cabriolet.(The British branch was not a success, lasting only about a year.) 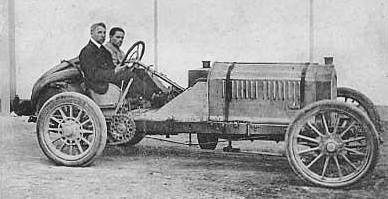 After World War I, with Lorraine restored to France, the company restarted manufacture of automobiles and aero-engines. Their 12-cylinder aero-engines were used by Breguet, IAR, and Aero, among others.

In 1919, new technical director Marius Barbarou (late of Delaunay-Belleville) introduced a new model in two wheelbases, the A1-6 and B2-6, joined three years later by the B3-6, with either short or long wheelbase. All fell in the 15 CV fiscal horsepower category, sharing the 3,445 cc (210.2 cu in) six cylinder engine, which had overhead valves, hemispherical head, aluminium pistons, and four-bearing crankshaft.

The performance was such in 1923, three tourers "put up a passable showing" at the first 24 Hours of Le Mans, leading to the creation for 1924 of the 15 Sport, with twin carburetion, larger valves, and Dewandre-Reprusseau servo-assisted four-wheel brakes (at a time when four-wheel brakes of any kind were a rarity); they ran second and third, and were comparable to the 3 litre Bentleys. The 15 CV Sport did better in 1925, winning Le Mans, followed home by a sister in third, while in 1926, Bloch and Rossignol won at an average 106 km/h (66 mph), leading a 1-2-3 sweep by Lorraines. Lorraine-Dietrich thus became the first marque to win Le Mans twice and the first to win in two consecutive years.

The de Dietrich family sold its share in the company, which became simply known as Lorraine from 1928 on.

The 15 CV was supplanted by the 20 CV, which had a 4,086 cc (249.3 cu in) engine, of which just a few hundred were made.Automobile production eventually became unprofitable and, after the failure of their 20 CV model, the concern ceased production of automobiles in 1935.

In 1930, de Dietrich was absorbed by Société Générale Aéronautique, and the Argenteuil plant was converted to making aircraft engines and six-wheel trucks licenced from Tatra. By 1935, Lorraine-Dietrich had disappeared from the automobile industry. Until World War II, Lorraine concentrated on the military market, manufacturing vehicles such as the Lorraine 37L armoured carrier. 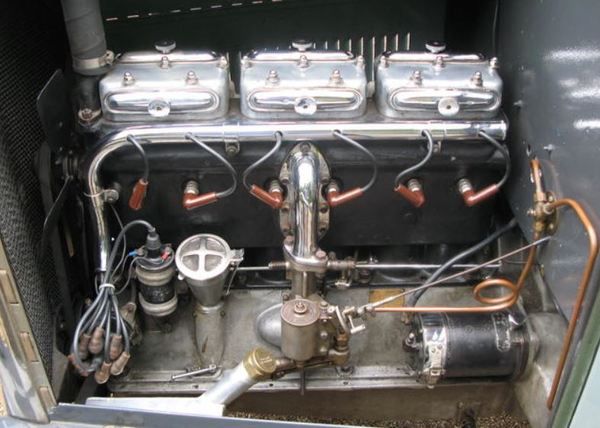