The Ford Model K was a four-seat passenger car built in two versions by Ford in the United States. From the end of 1905 (model year 1906) .

It had a 6-cylinder engine with pairs of cylinders cast of 6,636 cc displacement and 40 hp. The wheelbase of the vehicle, equipped with a cardan shaft , front engine and rear-wheel drive, was 2,896 mm for the runabout and 3,048 mm for the touring car,The vehicle was assembled at the plant on Mack Avenue in Detroit, Michigan ; Motors, axles, chassis and other components let Ford make their own way out of their own plans. Like all Ford at the beginning of the last century, the K also had a (two-speed) planetary gearbox for gear selection.

After Model B , the Model K was the second attempt by a group of Ford shareholders around Alexander Y. Malcomson to launch a luxury Ford against Henry Ford's will. This had been one of the conflict areas at the Henry Ford Company . The vehicle did not fit Ford's philosophy of a simple, mass-produced automobile for the masses. Even larger and more expensive than the model B, it was initially at US $ 2500 at the dealers. In 1907, the selling price was raised to US $ 2800. It was thus located in the lower luxury area and cost about twice as much as a mid-range car. The model K was a failure. It was too expensive, it came from a manufacturer known for "cheaper" cars and it had quality shortcomings. Henry Ford probably did not pay enough attention to it either; he was already busy with the preparations for the Model T.

The Model K had different consequences for Henry Ford and his company. At first, it led him to invest in an iron foundry to become less dependent on suppliers. He also began to pay off his shareholders, most notably Malcolmson, in order to gain control over the model policy. It strengthened both Ford's conviction that it was limited to one model and its rejection of the six-cylinder engine.The K had no successor; from 1907 Ford built only the model T. The T was of course the opposite of a luxury car.

The next Ford model with a six-cylinder engine appeared only in 1941 and only after tough wrestling with his son Edsel - an entry-level model. The next Ford on the threshold of the luxury market should be the Thunderbird five-seater (from 1958). 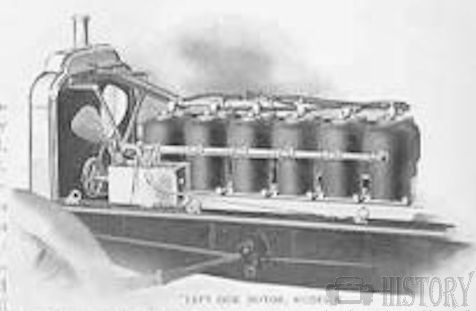