The first Ford Model B was a mid-range vehicle manufactured by the Ford Motor Company in 1904 and 1905 .

It had a water - cooled four cylinder inline engine with 4.7 l displacement and 24 hp. It was the first "modern" passenger car from Ford, with front engine and rear-wheel drive via a cardan shaft .

The selling price was $ 2000 (without lighting) and priced so high that the car was almost unsalable. In a promotion campaign, the Model B was used as a taxi in London . Despite everything, the 770 kg vehicle, which had a wheelbase, only about 500 copies are brought to the people. Ford focused from now on the production of low-priced vehicles. 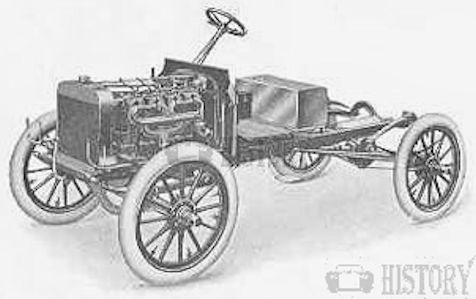