The Ford Edge is a mid-sized crossover SUV (CUV) manufactured by the Ford Motor Company.

Along with a rebadged premium variant, the Lincoln MKX, the Edge (codename U387), is manufactured at Ford's Oakville Assembly Complex in Oakville, Ontario, Canada.

The first generation Edge debuted at Detroit's North American International Auto Show in January 2006, with production starting in October 2006 as a 2007 model. 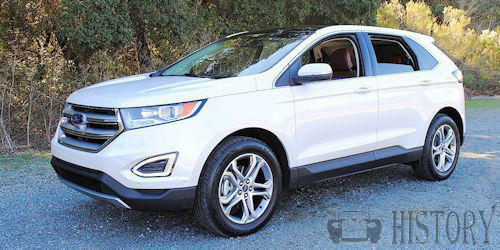 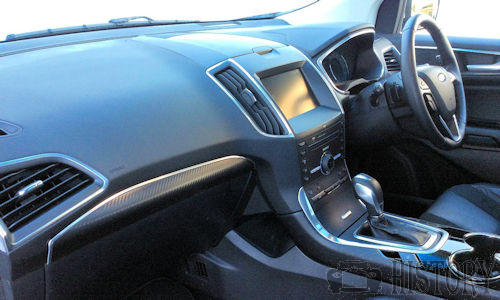 Ford Canada announced in June 2007, that a gasoline-electric hybrid version of the Edge will debut in the 2010 model year. The model is expected to use a new hybrid system from Ford, pairing an electric motor with a V6 engine.

Additionally, after public presentation in 2007, Ford has been carefully pointing at future production of its HySeries Edge. This is a hybrid electric vehicle that uses hydrogen fuel along with plug-in charging of its lithium-ion battery pack, for a combined range of over 320 kilometres (200 mi). The HySeries system was first introduced in the Ford Airstream concept from the 2007 Detroit Auto Show. A concept of the Ford Edge with the HySeries Drive was unveiled in the 2007 Washington DC Auto Show. The HySeries system is related to General Motors E-Flex platform. The E-Flex Platform was introduced in the 2007 Detroit Auto Show as the power train of the Chevrolet Volt concept. 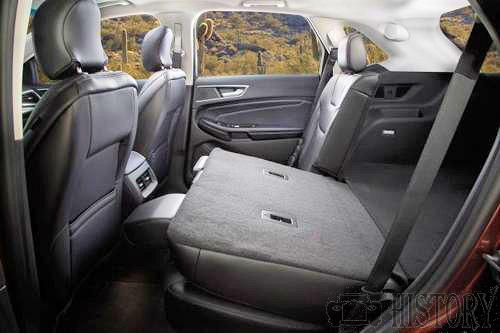 This vehicle was featured in the James Bond film Quantum of Solace starring Daniel Craig as Bond, which was filmed in 2008. In 2002, starting with Die Another Day, (Pierce Brosnan as Bond) Ford and Eon Productions agreed to a three film contract to have their vehicles displayed and/or used in the Bond movies. After Quantum of Solace, their contract expired.