In 1960 the Ranchero became much smaller, becoming based on Ford's compact Falcon, specifically the two-door sedan delivery variant. The popularity of small, economical cars like the Volkswagen Beetle perpetuated a shift in thinking among the three largest American manufacturers; 1959 would see the introduction of the 1960 Falcon along with the 1960 Chevrolet Corvair and Plymouth Valiant. A pickup version of the Volkswagen Bus and a van based on the Chevrolet Corvair were offered as well. The economic recession of the late 1950s certainly played a role as well. Ford believed the market wanted a more practical vehicle, one much smaller, lighter and cheaper than a full-size pickup truck, and indeed the Ranchero sold well in this incarnation. Now marketed in print as the "Falcon Ranchero," the new vehicle's standard powerplant was an economical 144 cu in (2.4 L) straight-6. In 1961 the 170 cu in (2.8 L) straight-6 was offered, and in 1963 the optional 260 cu in (4.3 L) V8 was offered in addition to the 144 and 170. The two-speed Ford-O-Matic automatic transmission (offered between 1960 and 1963) or three-speed C4 Cruise-O-Matic could be ordered as could a three-speed manual transmission. The Ranchero had a 800 lb load capacity.

Note that there are three almost entirely different coupé utility bodies for this generation of Falcon: the Australian Falcon Ute differed in having a shorter rear overhang than North American models, a cargo box that extended farther forward than the rear window, and shorter doors; while the Argentinian version also shared the sedan's overall length and short "4-door" doors, adding higher and more squared-off cargo box sides.

The Ranchero evolved along with the Falcon in 1964, becoming just a little larger along with its parent and using the same basic body style for 1964 and 1965. In 1965, the 289 cu in (4.7 L) V8 replaced the discontinued 260 and an alternator replaced the generator in all Ford cars. 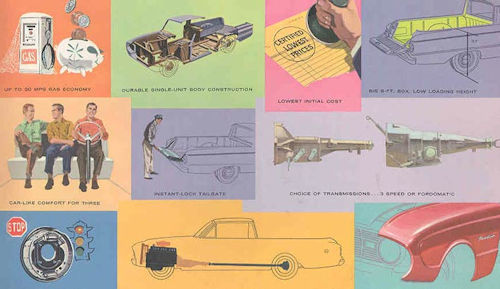 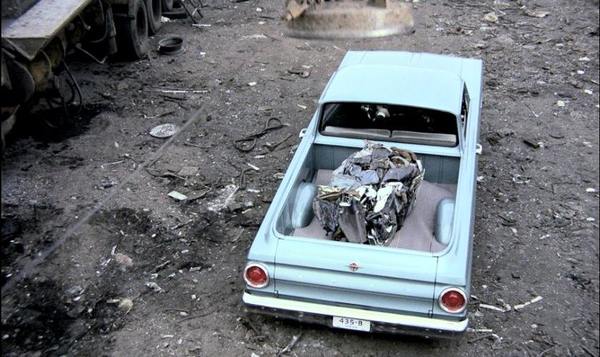