Prior to 1961, all Ford wagons used a two-piece tailgate assembly that required the operator to lift the rear window up and locking it into place via a mechanical support, and then drop the tail gate down to fully access the rear compartment.

For the 1961 Ford adopted a tailgate assembly that used a self-storing window feature which could either be rolled down into the gate via crank on the outside of the gate, or by an electrical motor actuated by the key or an interior switch.

A safety lockout measure required that the rear window had to be fully retracted into the tailgate before the tailgate could be lowered. 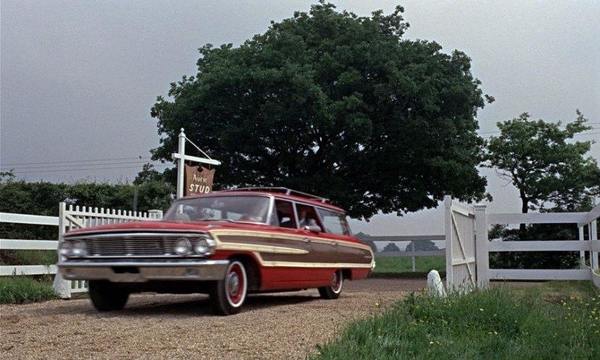