The 1950 Ford model range included a station wagon which, at the time of its introduction, was marketed as part of the top-line Custom Deluxe trim. In the following spring, Ford began promoting the wagon as the Country Squire, although that name did not appear anywhere on the car. 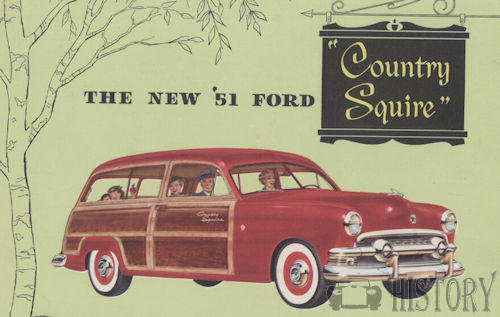 Along with the name change came the addition of a fold-down middle-row seat. Following the rest of the Ford lineup, the Country Squire was available with a standard 226 cid inline six-cylinder engine as or an optional V-8.

The first generation Country Squire was a full "woodie". The frame, fenders and hood were made of steel and the rear of the car's body was made of wood. 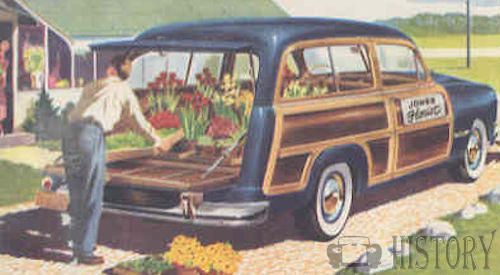