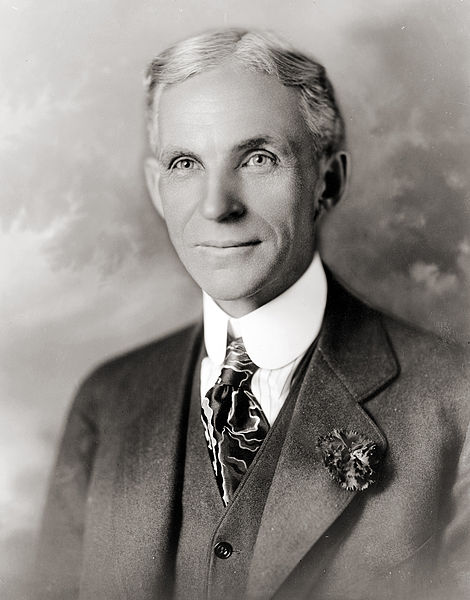 Ford in the 20th century

Henry Ford's first attempt at a car company under his own name was the Henry Ford Company on November 3, 1901, which became the Cadillac Motor Company on August 22, 1902, after Ford left with the rights to his name. The Ford Motor Company was launched in a converted factory in 1903 with $28,000 in cash from twelve investors, most notably John and Horace Dodge (who would later found their own car company). During its early years, the company produced just a few cars a day at its factory on Mack Avenue in Detroit, Michigan. Groups of two or three men worked on each car, assembling it from parts made mostly by supplier companies contracting for Ford. Within a decade the company would lead the world in the expansion and refinement of the assembly line concept; and Ford soon brought much of the part production in-house in a vertical integration that seemed a better path for the era.

After the first modern automobile was already created in the year 1886 by German inventor Carl Benz (Benz Patent-Motorwagen), more efficient production methods were needed to make the automobile affordable for the middle-class; which Ford contributed to, for instance by introducing the first moving assembly line in 1913.

Ford offered the Lifeguard safety package from 1956, which included such innovations as a standard deep-dish steering wheel, optional front, and, for the first time in a car, rear seatbelts, and an optional padded dash. Ford introduced child-proof door locks into its products in 1957, and in the same year offered the first retractable hardtop on a mass-produced six-seater car. The Ford Mustang was introduced in 1964. In 1965 Ford introduced the seat belt reminder light.

With the 1980s, Ford introduced several highly successful vehicles around the world. During the 1980s, Ford began using the advertising slogan, "Have you driven a Ford, lately?" to introduce new customers to their brand and make their vehicles appear more modern. In 1990 and 1994 respectively, Ford also acquired Jaguar Cars and Aston Martin. During the mid- to late 1990s, Ford continued to sell large numbers of vehicles, in a booming American economy with a soaring stock market and low fuel prices. 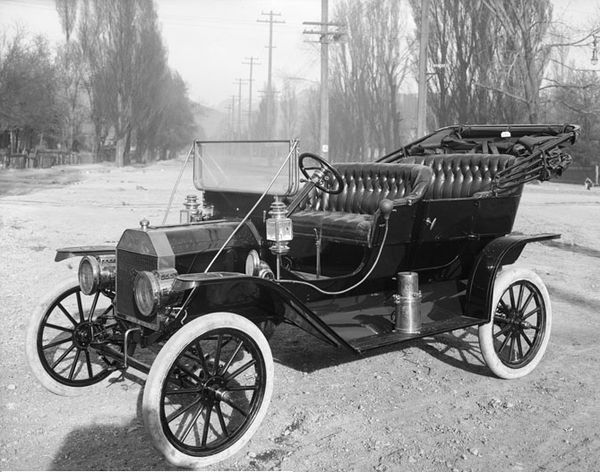