The Popular 103E was introduced into the Australian market in 1953 but not with the British two-door saloon body style. Instead, it was offered as a two-door tourer, a two-door roadster utility and as a two-door coupe utility.

The tourer was a re-badged Anglia 103E tourer and the roadster utility, which featured a step-side body, was called a Plumber's Utility.

The name Popular was also used by Ford to describe its 1930s Y Type model. The Popular name was also later used on basic models of the Escort and Fiesta cars. 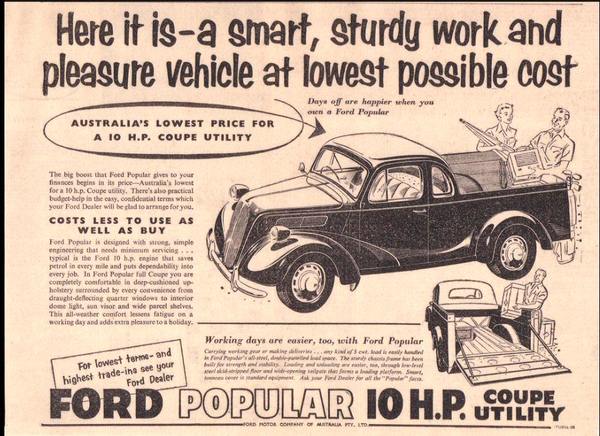