The Ford Galaxie was a full-size car built in the United States by the Ford Motor Company for model years 1959 through 1974. The name was used for the top models in Ford's full-size range from 1959 until 1961, in a marketing attempt to appeal to the excitement surrounding the Space Race. In 1962, all full-size Fords wore the Galaxie badge, with "500" and "500/XL" denoting the higher series. The Galaxie 500/LTD was introduced for 1965 followed by the Galaxie 500 7-Litre in 1966. The Galaxie 500 part was dropped from the LTD in 1966, and from the XL in 1967; however the basic series structuring levels were maintained. The "regular" Galaxie 500 continued below the LTD as Ford's mid-level full-size model from 1965 until its demise at the end of the 1974 model year.

The Galaxie was the high volume counterpart to the Chevrolet Impala. Some Galaxies were high-performance, racing specification machines, a larger forebear to the muscle car era. Others were plain family sedans.

The similarly named Ford Galaxy is a large car/minivan available in the European market. The vehicle's name is taken from the original Ford Galaxie.

The Ford Galaxie was also produced in Australia from 1965 to 1969. The 1965 model, which was designated as the Galaxie GE series by Ford Australia, was assembled at Ford's Homebush plant in New South Wales, and was offered as a 4-door sedan with a choice of 289 cu in (4.7 l) or 390 cu in (6.4 l) cid V8 engines.1966, 1967 and 1968 models were also assembled at Homebush prior to a change to full importation from 1969, with conversion from left to right hand drive being undertaken at Ford's Broadmeadows facility in Victoria. The 1969 model was marketed as the Galaxie LTD, as were subsequent models through to the introduction of the locally developed Ford LTD in 1973.

Prior to local assembly which began late 64, small numbers of RHD full imports were sourced through select Australian Ford dealers, and also by Ford of Australia for executive use. RHD wagons, convertibles and fastbacks, 2- and 4-door hardtops, XL's and LTD's were generally sourced as full imports from Ford of Canada until approx 1968. The fully imported 1959 to early 1963 models used a 1959 U.S. Fairlane dashboard and instruments. In late 1963 a 1959 Edsel Corsair-based dashboard was used, and for 1964, a 1959 Edsel Ranger-based dashboard was used. However, some RHD 1963s and 1964s have been photographed with the more attractive U.S.-style 1964 cluster. Australian assembled 1965–1968 models were sourced in CKD form from Ford of Canada. The 1965–1967 model Galaxies adopted the RHD dashboard based on the 1963 Lincoln Continental. The 1967 models got the U.S.-market safety steering wheel with its thickly padded center hub. This wheel was retained for 1968, and the 1968 Torino cluster replaced the Continental version. Some right hand drive 1967s have been seen with a mirror image of the US-style instrument panel for that year. 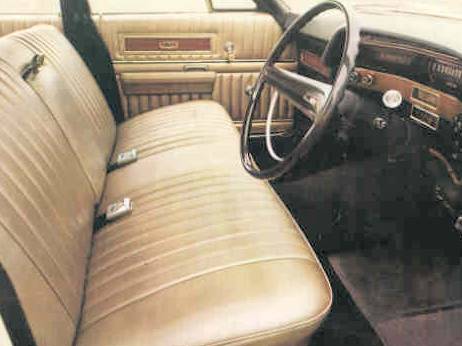 Australian assembled cars 1965–1968 received a woodgrain dashboard fascia, and accessories as standard, such as: 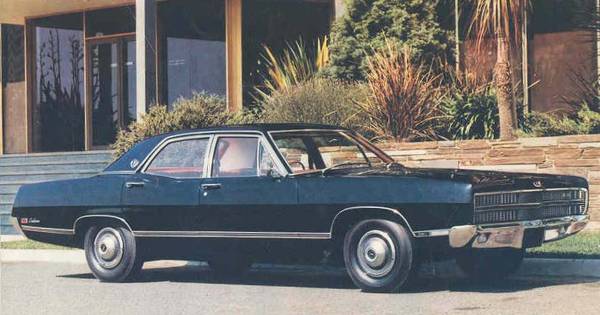