The Ford Cougar is a by Mercury commissioned and Ford in Cologne and Dunton ( England ) based on the American Ford Contour developed sports coupe . It was produced between spring 1998 and summer 2002. 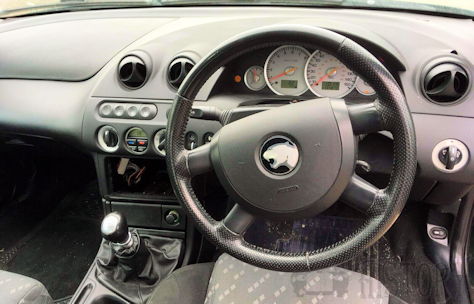 The coupe was made from spring 1998 in the joint venture AAI ( Auto Alliance International , a joint venture between Ford and Mazda ) in Flat Rock , Michigan (USA).

The official launch as Mercury Cougar took place in the United States on May 7, 1998. In Europe there were only minor differences, such. As grille, front and rear lights, suspension and brakes.

The offer included two engines with four-valve technology. A Zetec in -line four- cylinder and a Duratec - V six-cylinder, which was used with only minor modifications in the Mercury Mystique , Ford Contour , Ford Mondeo and Jaguar X-Type . Furthermore, the Cougar was offered either with a fully synchronized ( MTX 75 ) five-speed manual or optional on the V6 with a ( CD4E ) four-speed automatic with electronic control.

In 1999, the press was presented as a more powerful, sportier version of the Cougar ST200.

Some pre-production models were produced, which were used at trade fairs, press events and photo shoots. All preparations for a market launch including the advertising campaigns, information to insurers and spare parts manufacturers up to the delivery of the brochures to the dealers were met; However, the sale was stopped literally at the last second for market-analytical reasons and the Cougar ST200 never came to delivery.

The pre-production models were all destroyed according to official information. Only three existing copies are documented. Vehicles that are commonly used as "Cougar ST200" on the roads, therefore, are mostly private conversions by the engine of the Mondeo ST200 was installed in a cougar body.

In early 2001, the Cougar was optically slightly revised. Technically, there were no relevant changes. The coupe was equipped with new headlights, new front end, new rims and a modernized interior. 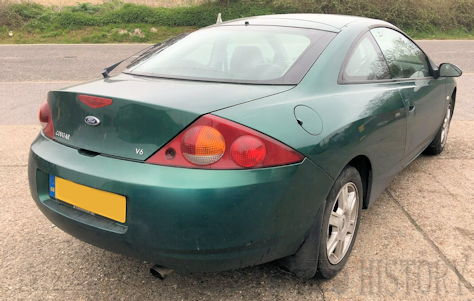