In February 1982, the Escort RS 1600i was presented. It is a decidedly sporty model, which was often used in touring car racing.

The vehicle was developed by Ford Cologne as a left-hand drive, but later sold as a right-hand drive. The changes to the vehicle for markets such as the United Kingdom brought with it some problems, which was reflected in a poorly metered brake. Ford had no original plan to make the RS 1600i in RHD and so for the RS 1600i they used a cross-shaft with linkages and a rocker that avoided the need to move the LHD servo.Unfortunately, a loss of quality motion from brake pedal via linkage to the servo gave the RS 1600i a varied braking response on some RHD cars.

The 1.6-liter engine of XR3 with thanks to Bosch K Jetronic, Computer ignition (the first vehicle model from Ford with such a control) and further changes to the cylinder head and alloy finned rocker cover and the power more than the previous XR3 with 85 kW (115 hp).

In addition, the vehicle was equipped with sports seats, Koni shock absorbers, an adjustable front axle, additional stickers and alloy wheels.The four-spoke RS steering wheel of 14 inch diameter, instead of the XR3's 13.5 inch, was fitted.

Externally the RS 1600i was now fitted with lowered ride height had diffrent badgework and stripes but unlike the XR3 no spats from the front of the back wheel arches. Diffrent RS spoilers front and rear marked with Escort Motorsport 9057708 at the rear and Escort 81, 9057705 for the deep front air dam. 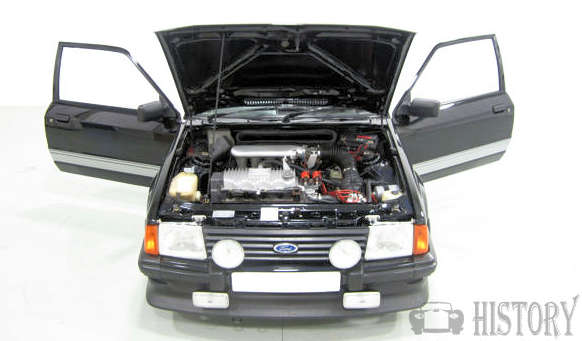 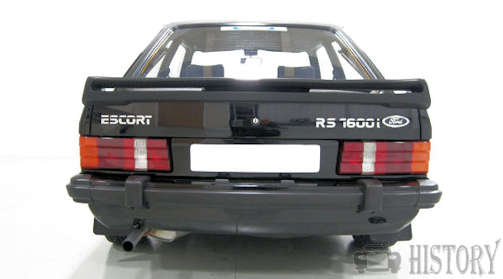