The Ford GT70 was a racing sports car from Ford of Britain and was produced in 1970 and 1972 for rallying. In total, six copies were made.

They had steel fabricated box frame chassis with fiberglass bodies, many parts from the Ford Zodiac were used from the time . Various engines were installed as mid- engine:

The first cars fitted with the 2.6-litre Cologne V6  originaly 125 hp. The version used came from the Ford Capri RS2600 and was uprated to 240 bhp 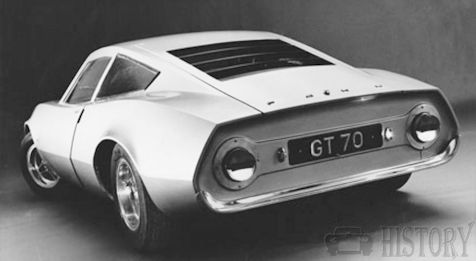