Unlike the British-built Transit "family", the first production Ford to wear the "Transit" badge was a van built in Ford's Köln (Cologne) plant in Germany. It was introduced in 1953 as FK 1000 (Ford Köln carrying 1,000 kg) with a 1,3 litre straight 4 engine from the contemporary Taunus, in 1955 the engine got an enlarged capacity of 1,5 litres. From 1961, this vehicle was called the Ford Taunus Transit. Production of this model ceased in 1965. Unsurprisingly, it bore a striking resemblance to its main rival from VW. Quite unlike the much more stylish Thames 400E, produced in the UK at the same time, which was the direct ancestor of the UK Ford Transit. 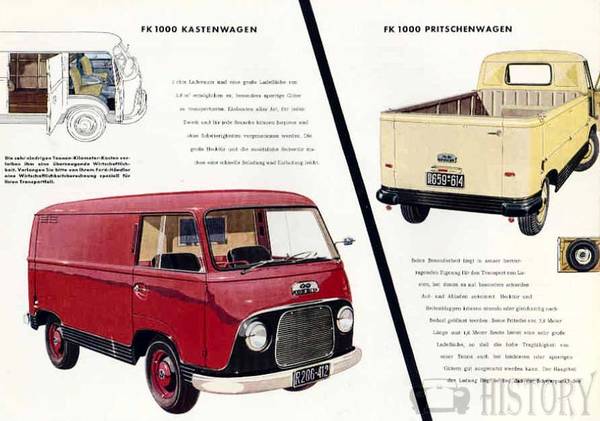 The German vehicle was not widely exported, and the "Mark 1" tag has commonly been applied, retrospectively, to the 1965 to 1978 British model (see below). Whilst there have been four basic Transit platforms since 1965, the various facelifts and upgrades over the years have been referred to using a conflicting range of "Mark" numbers, with some sources counting a facelift as a new "Mark", some not. Ford's own historical look back at Transit production, published for the launch of the 1994 model, avoids the issue by referring to generations of Transit by years produced. This article attempts to make mention of all the common naming systems. 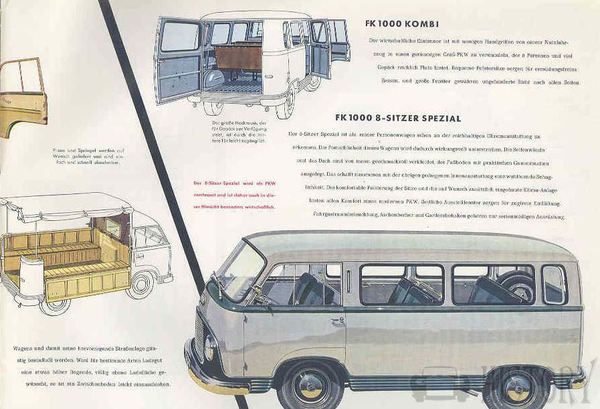