Codenamed DE-1 during its development, the Scorpio was heavily based on the Sierra, sitting on a stretched version of its floorpan, and using a similar styling philosophy set by both the Sierra and the third generation Escort. Under the bonnet were well-proven engines, starting with the venerable Pinto engine unit in 1.8 L and 2.0 L capacities, as well as the V6 Cologne engine in 2.4 L, 2.8 L, and later 2.9 L displacements. By 1989, both the Pinto engines had been dropped, with an 8-valve DOHC engine replacing the 2.0 L model.

The Scorpio was intended to maintain Ford's position in Europe as the principal alternative to a Mercedes or BMW for those looking to own an executive car. To this end Ford built on the already extensive specification available on the outgoing MkII Granada (which for the period, was very well equipped, with features such as leather heated electrically adjustable seats, air conditioning, electric sunroof and trip computer either standard or available as options) by adding some additional features unusual on a mass-market car. Improvements available included: heated windscreen, Cruise Control and, later all wheel drive. The most notable advance was the fitment of anti-lock braking system, the first time this feature had been made standard across the whole range on a mass-produced car. The car was widely praised as being very comfortable and spacious, particularly in respect of its rear legroom. 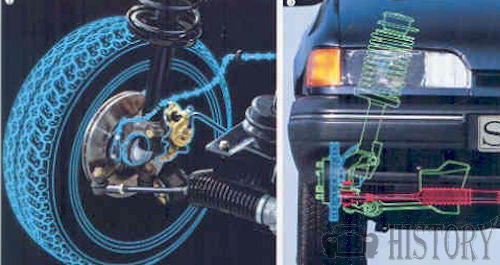 Unlike the Granada, it was initially only available as a hatchback, and not as a saloon or estate. This proved to be a mistake for Ford, which later introduced a saloon version in 1990, and the estate appeared two years later. There were few engineering changes over the years, notably the introduction of the DOHC engines in 1989, and the Scorpio Cosworth with a 2.9 L 24-valve Cosworth V6 the following year. The Cosworth Engine has become a choice upgrade for many Ford Sierra owners with many Granadas being broken up to provide these power plants, it became a cheap and easy way to obtain 200+ BHP. Some of these engines have also been turbocharged and versions of the engine (FBE) were also used in motorsport. 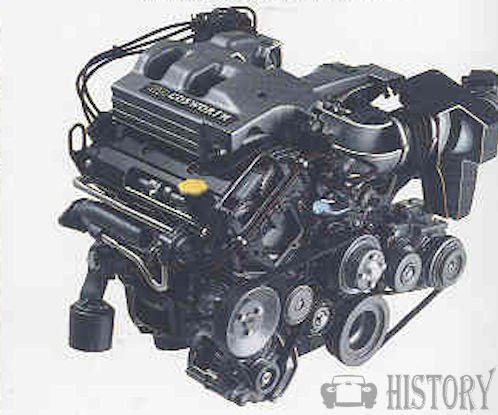 The Cosworth was both large and fast, which consequently gave it heavy fuel consumption. Many owners often commented at the fact that 25 miles per gallon was about as much as you could get out of a car with this engine. Prop-shaft deterioration over time was also considered to be a problem on early Mark I and II Cosworths. 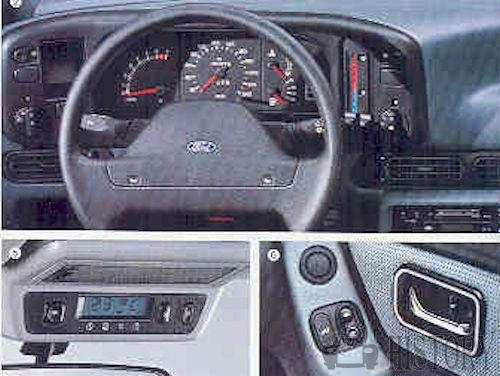 In the UK and Ireland, following the initial lukewarm reception to the Sierra - something which had been attributed to its radical styling - Ford took no chances and instead retained the Granada name in those markets, making the Scorpio effectively a Mk III Granada. The Scorpio name was still used, but as a trim designation, positioned higher than the traditional "Ghia" top of the range model, and were marketed as a premium offering badged as "Granada Scorpio" (although the "Granada" was later dropped) and Scorpio became a sub brand in itself.

The Merkur Scorpio was a North American version of the European Scorpio Mk I. The car was offered at select Lincoln–Mercury dealerships from 1988–1990.

The Merkur Scorpio was only offered with the Cologne 2.9L V6 engine with some detail differences from the contemporary Fords. Adapted to meet American emissions requirements, the Merkur version of the Scorpio produced 140 hp (100 kW) when introduced to the North American market in 1988. The vast majority were fitted with the A4LD 4-speed automatic transmission, and the rest received the T-9 5-speed manual transmission. Only automatic versions of the Scorpio were available in Canada. The car was marketed as an upscale, mid-size luxury car, but never achieved the market impact that the Ford Motor Company hoped for. Ford dropped the Merkur nameplate altogether after 1989.

The model was a facelifted Mark I with changed grille, headlights, rear lights, bonnet and dashboard. It went on sale in early 1992, at the same time that an estate model (first shown in London at the October 1991 British Motor Show) was added to the range.

This facelift realigned the look of the Granada with the forthcoming Mondeo, and kept styling cues coherent across the model range.