The third generation Transit platform appeared in January 1986 and was notable for its all-new bodyshell which was of "one-box" design (i.e. the windscreen and bonnet are at the same angle), and the front suspension was changed to a fully independent configuration on SWB versions.

The engine range was carried over largely unchanged from the last of the 1978-85 generation models, although in 1989 the high-performance 3.0 V6 petrol was replaced by the Cologne 2.9 EFI V6. A subtle facelift in 1992 saw the fully independent front suspension adopted across the range, whilst a redesigned floor plan allowed the use of single, rather than paired, rear wheels on the LWB derivative, further increasing payload—these models are identifiable by the slightly more rounded front headlamps. 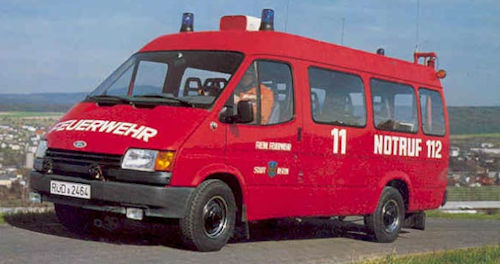 A major facelift to the Transit in 1994/5 gave the Transit a new nose and dashboard, along with the 2.0 L DOHC 8-valve engine as found in the 1994 to 1998 Ford Scorpio. It is similar to the earlier Sierra DOHC unit but without the distributor and uses the updated OBD II-compliant EEC-V level engine control unit. Some of Ford's 16-valve engines, such as those found in the Scorpio, Escort RS2000 and Galaxy were also based on this block. At the same time air conditioning, electric windows, central locking, electric mirrors and airbags were all made available as optional extras.

For the 30th anniversary of the Transit in 1995 Ford released a limited edition model called the Transit Hallmark. Six hundred were made and were available in three colours with 200 being made in each.

In Europe the VE83 Transit was available up to 2000, but in Vietnam it was built up to 2003 when it was exchanged in June for the new generation.

Introduced as part of the 1995 redesign of the Transit, the Tourneo is a Transit-based 8 or 9-seat minibus, but over the model years has become increasingly better trimmed to the point where it can almost be classified as a large MPV. Featuring back seats and back windows similar to a minivan, the Tourneo is also considered an executive transport vehicle and is often supplied with alloy wheels. Since its introduction, the Tourneo has followed the same development cycle as the Transit; both versions receive updates at the same time.

With the introduction of the Mk3 Transit in 1986 came the next generation of the County 4x4. This would prove to be a very popular and successful version of the County Transit 4x4, and the last to use the Dana beam axle layout. Later County 4x4 models switched to using an independent front suspension setup which was inherently more complex in design than the earlier beam axle models. Later panel vans also lost the twin-wheel rear axle that had been fitted on earlier LWB versions.

Mainly used by utility companies such as National Grid, the Ministry Of Defence, and by mountain rescue teams, the Transit County 4x4 proved to be a capable vehicle both on and off road, with the ability to carry both crew and equipment just about anywhere. 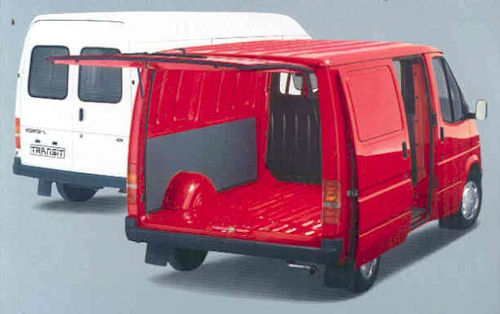