In March 1978, a facelifted version, commonly known in some markets as the Transit Mark II, debuted with a restyled nose section, lifted from the US Mk.3 Econoline, new interior, and the introduction of the Pinto engine from the Cortina in place of the Essex V4. Many fleet owners experienced premature camshaft wear in early Pinto units in the Cortina and for two years the Transit 75 was available with the 1.6 L Ford Kent "Xflo" engine. High-performance versions intended for police or ambulance use used the 3.0 L V6 version of the Essex engine, Australian variants had 4.1 L (250 cu in) inline 6-cylinder engines.

In 1984, the York diesel engine was redesigned into the 2.5 L "DI" (direct injection) unit. At this time this generation received a minor facelift including a grey plastic front grille with integrated headlamp surrounds, wraparound indicators, longer bumper end caps and multifunction rear lights incorporating fog, indicator, reversing and side lights for the panel van. This facelift did not commonly result in a new "Mark" number.

The Mark II was available in 6 body styles: Van, Kombi, Chassis Cab, Parcel Van, Bus and Crewbus all available in short-wheelbase (2690 mm) and long-wheelbase (3000 mm) versions. A selection of 5 engines was available: 1.6-litre OHC Petrol, 1.6-litre OHV Petrol (Kent), 2.0-litre OHC Petrol, 2.0-litre OHC Petrol (Economy) and 2.4-litre Diesel. On top of this were 32 door combinations, 6 axle ratios and options for 12 - 17 interior seats. All of these were available in any combination when purchased with Ford's highly customizable custom plan. At the time this gave the business sector an unprecedented amount of flexibility, which was a major factor in the vehicles' ultimate success. 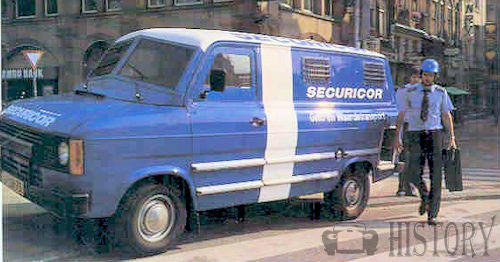 A handful of companies offered four-wheel-drive conversions, such as County Tractors of Knighton in Powys, who converted vans on behalf of Ford as a Special Vehicle Operations factory option. The first Transit County models were based on the Mk2 Transit model, both long and short wheelbase. The conversion used a Dana 44F front axle and a NP208 transfer box, both lifted from the Ford Bronco, coupled to the regular Transit engine, gearbox and rear axle using three custom propshafts. The Transit rear axle was retained, mounted to a rear subframe or 'lift cradle' to give the extra ride height. Other modifications were 16-inch wheel rims, locking front hubs, a heavy-duty steering box and 305 mm diameter front brake discs. 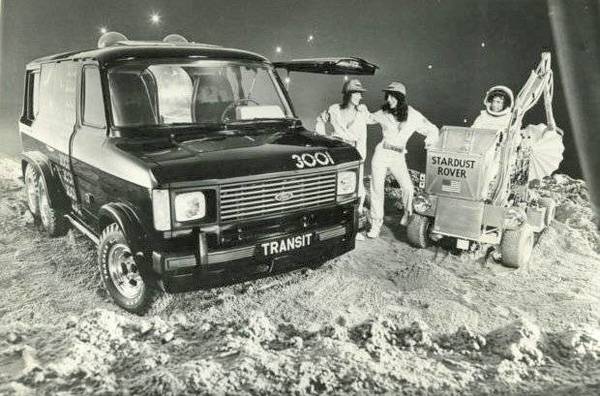