In 1953 a much redesigned Ford Prefect was introduced alongside the similar Ford Anglia and remained in production until 1959. Externally, the Prefect can be distinguished from the Anglia by having vertical bars on the radiator grille and four doors. The old separate chassis had gone, replaced by integral construction, and coil independent front suspension supplanted the transverse leaf spring. Girling hydraulic brakes were fitted, initially 7 in drums but quickly increased to 8 in (200 mm) A new side-valve engine of 1172 cc engine was fitted having the same bore, stroke and layout of the previous engine, but in all other respects completely different - changes included adjustable tappets, raising the compression ratio from 6.3:1 to 7:1 and larger input valves, resulting in the power input increasing by 20% to 36 bhp. 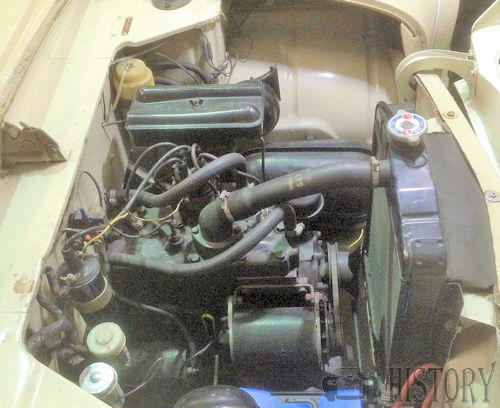 Inside there were separate front seats trimmed in PVC with leather as an option and two circular instruments in front of the driver one containing the speedometer and the other a fuel and water temperature gauges. De Luxe models from the second dashboard update in 1959 included glove box locks. The gear change was floor-mounted. The heater was an optional extra. The dashboard was revised twice; the binnacle surrounding the steering column was replaced by a central panel with twin dials towards the driver's side in 1956; the last from 1959 had twin dials in a binnacle in front of the driver and 'magic ribbon' AC speedo similar to the 1957 E-series Vauxhall Velox/Cresta and '58/'59 PA models. 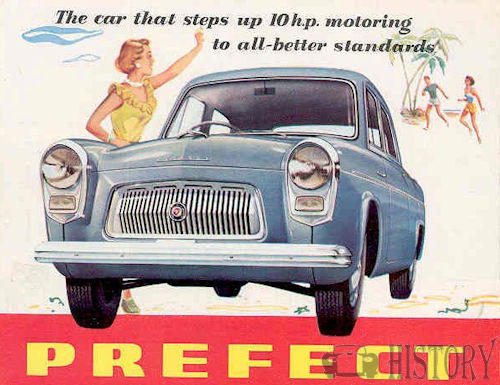