The first generation Transit, or the Transit Mark I in the United Kingdom, was introduced in October 1965, taking over directly from the Thames 400E, and has been in continuous production in three basic generations to the present day. The van was produced initially at Ford's Langley facility in Berkshire, England (a former Second World War aircraft factory which had produced Hawker Hurricane fighters), but demand outstripped the capability of the plant, and production was moved to Southampton until closure in 2013 in favour of the Turkish factory. Transits have also been produced in Ford's Genk factory in Belgium and also Turkey. Transits were produced in Amsterdam for the local market from the mid-1970s until the end of 1981. This factory had ample capacity, since the Ford Transcontinental produced there had little success (total production 8000 in 6 years). Although the Transit sold well in the Netherlands, it was not enough to save the factory, which closed in December 1981. The Transit is also produced in China for the Chinese market. 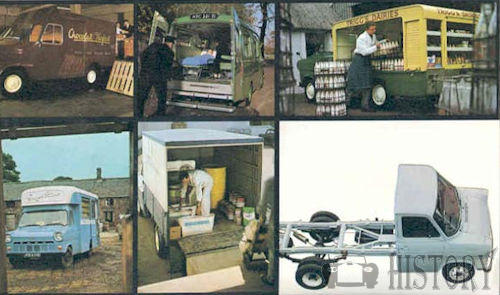 The Transit was introduced to replace the Ford Thames 400E, a small mid-engined forward control van noted for its narrow track which was in competition with similar-looking but larger vehicles from the BMC J4 and J2 vans and Rootes Group's Commer PB ranges. In a UK market segment then dominated by the Bedford CA, Ford's Thames competitor, because of its restricted load area, failed to attract fleet users in sufficient numbers. Ford switched to a front-engined configuration, as did the 1950s by Bedford with their well-regarded CA series vans. Henry Ford II's revolutionary step was to combine the engineering efforts of Ford of Britain and Ford of Germany to create a prototype for the Ford of Europe of today—previously the two subsidiaries had avoided competing in one another's domestic markets but had been direct competitors in other European markets.

The Transit was a departure from the European commercial vehicles of the day with its American-inspired styling—its broad track gave it a huge advantage in carrying capacity over comparable vehicles of the day. Most of the Transit's mechanical components were adapted from Ford's car range of the time. Another key to the Transit's success was the sheer number of different body styles: panel vans in long and short wheelbase forms, pick-up truck, minibuses, crew-cabs to name but a few.

The engines used in the UK were the Essex V4 for the petrol-engined version in 1.7 L and 2.0 L capacities. By using relatively short V-4 engines Ford were able to minimise the additional length necessitated to place the engine ahead of the driver. Another popular development under the bonnet was the equipping of the van with an alternator at time when the UK market competitors expected buyers to be content with a dynamo. A 43 bhp (32 kW) diesel engine sourced from Perkins was also offered. As this engine was too long to fit under the Transit's stubby nose, the diesel version featured a longer bonnet.

The underpowered Perkins proved unpopular, and was replaced by Ford's own "York" unit in 1974. For mainland Europe the Transit had the German Ford Taunus V4 engine in Cologne 1.7- or Essex 2.0-litre versions. The diesel version's long nose front was also used to accommodate the Ford 3.0-litre V6 in vans supplied to police and ambulance services. In Australia, the long-nose diesel front was used to accommodate an inline 6-cylinder engine derived from the Ford Falcon. 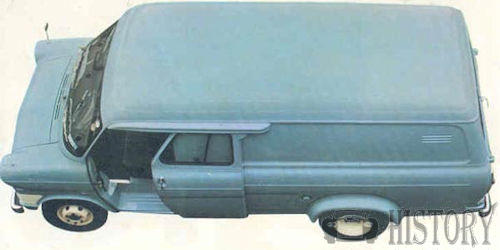 According to the show Top Gear, British police have reported that in the 1970s 95% of all robberies in which the criminals used a vehicle, involved this type of Ford Transit.

The adoption of live axles front and rear in place of a system incorporating independent front suspension that had featured on its UK predecessor might have been seen as a backward step by some, but on the road commentators felt that the Transit's wider track and longer wheelbase more than compensated for the apparent step backwards represented by Ford's suspension choices. 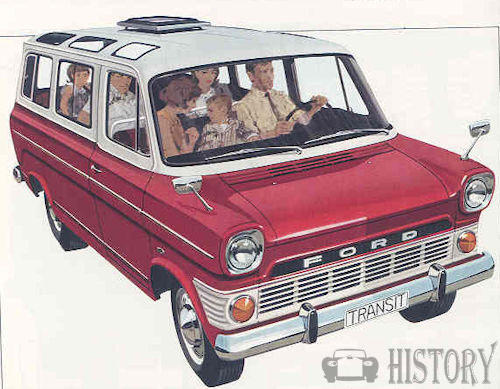 Drivers appreciated the elimination of the excessive noise, smell and cabin heat that resulted from placing the driver above or adjacent to the engine compartment in the Thames 400E and other forward control light vans of the 1950s and early 1960s.

Together with the facelifted 1978 version this would be the longest lived of the Transit platforms, remaining in production for a total of 21 years. 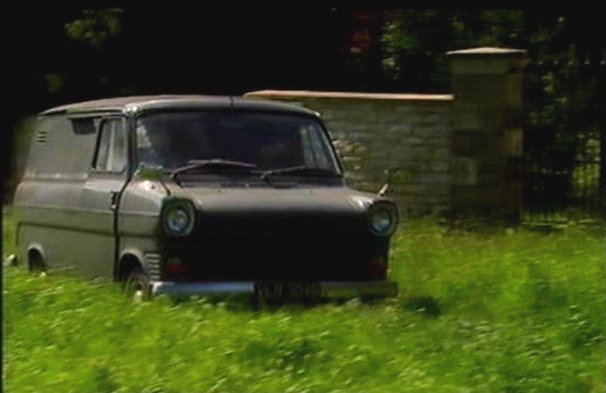