The Ford Prefect was introduced in October 1938 and built by the Ford plant in Dagenham, Essex. The original Ford Prefect was a slight reworking of the previous year's 7Y, the first Ford car designed outside of Detroit, Michigan. It was designed specifically for the British market. It had a 1172 cc side-valve engine with thermocirculation radiator (no pump) and the ability to be started by a crank handle should the battery not have sufficient power to turn the starter motor running from the 6 Volt charging system. The windscreen wipers were powered by the vacuum ported from the engine intake manifold — as the car laboured uphill the wipers would slow to a standstill due to the intake manifold vacuum dropping to near nil, only to start working again as the top was reached and the intake vacuum increased. The windscreen opened forward pivoting on hinges on the top edge; two flaps either side of the scuttle also let air into the car. 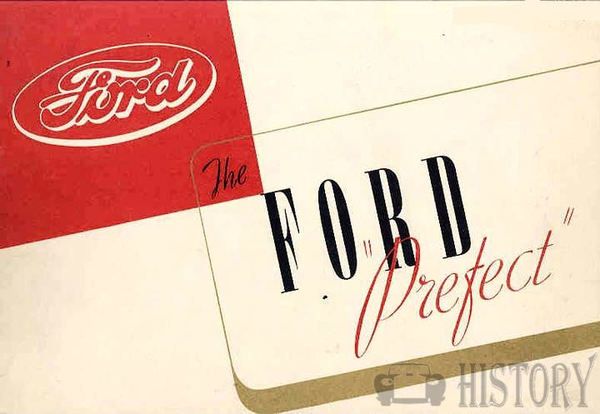