The car was officially marketed as a Ford Eight, and was a rebodied and slightly larger version of the Ford Model Y. The car was powered by a 933 cc 8 hp Ford Sidevalve engine. 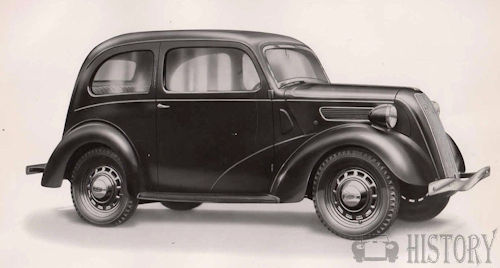 A minor facelift towards the end of 1939 resulted in the first Ford Anglia.

The car sported some unusual features such as openable rear windows that were located in the main body work as this was only a two door vehicle. A rear wheel cover was available on the de-luxe models with the standard version also having a recess in the rear bodywork to accept the spare wheel, albeit not covered. The storage of the spare wheel in this manner mimics the styling of the V8 Ford Pilot. This model was also the last to be fitted with a 'kink' in the front bumper before the simpler straight bumpers were introduced on the Ford Anglia (E04A). 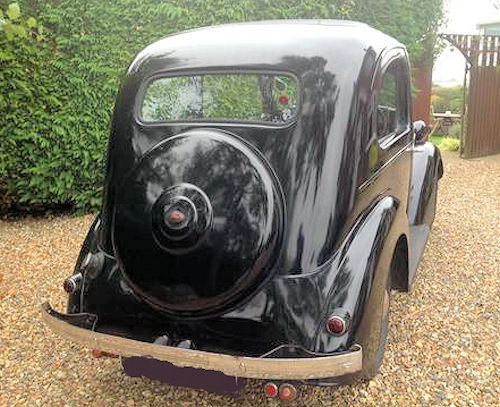