C-Max Mk I was the first product to use the Ford C1 platform, also used by the Ford Focus Mk II and the compact MPV Premacy/Mazda5. Its internal code name is C214.

It seats five passengers and has a large amount of cargo space, which can be increased by folding the rear seats flat. Some models feature diagonally sliding outer rear seats. It also shares the control blade independent rear suspension from the Focus.

The available four-cylinder engines are the same as the Focus. 1.6 L Duratec was the basic engine for C-Max, 1.6 L Ti-VCT Duratec was also available. 1.8/2.0 L Duratec HE are the rest of available petrol engines 1.6/2.0 L Duratorq Ford/PSA made diesels were available along with Ford's 1.8 L Endura engine which is upgraded and named Duratorq 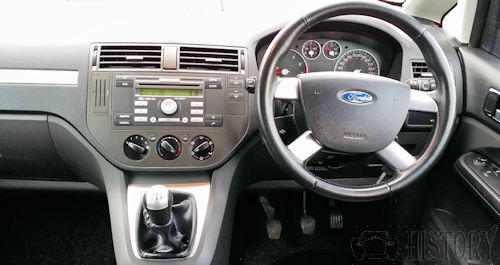 In December 2006, the facelifted version of the C-Max was revealed at the 2006 Bologna Motor Show and went on sale in late spring 2007. The pre-facelift version of the car (2003–2007) was called the Ford Focus C-Max. The name change to C-Max is attributable to Ford's MPV strategy of creating a 'Max' branded line of MPVs, starting with the Ford S-Max, launched in 2006.

The facelift brought the car in line with Ford's 'Kinetic Design' design language, evidenced through its twin trapezoidal grilles, large wheel arches and angular headlights. However, as the car does not have a bodyshell originally designed for 'Kinetic Design,' Ford officially states that the car contains only 'elements' of the design language. 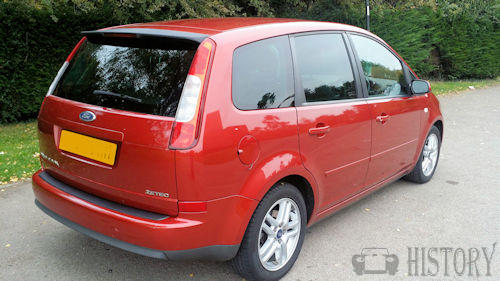