The Capri was a two-door coupé version of the Ford Classic saloon made by Ford of Britain. The Ford Classic was a result of 4 years of development. Approval for the project was given in autumn 1956. The styling of the car was the last project undertaken by Colin Neale before he left Dagenham for Dearborn. The initial design requirement was for the Ford Classic to be a full range model to take Ford into the new decade. Ford even developed a full-size estate (station wagon) prototype.

The Capri Project was code named "Sunbird" and took design elements from the Ford Thunderbird and the Ford Galaxie Sunliner. It was instigated by Sir Horace Denne, Ford's Sales Director. He wanted a "co-respondent's" car to add glamour to the product line. It was designed by Charles Thompson who worked under Neale and had sweeping lines, a large boot space and a pillarless coupé roof.

On its September announcement the Consul Capri was for export only but went on sale to the domestic British market in January 1962. The bodies were sub-assembled by Pressed Steel Company, with only final assembly of the drivetrain taking place at Dagenham and from February 1963 at Halewood. It was intended as part of the Ford Classic range of cars but the body was complex and expensive to produce. With new production methods, time demands from Dearborn and a need to match opposition manufacturers in price, the Ford Classic and Consul Capri were almost doomed from the start. The Ford Classic was made from 1961 to 1963, and replaced by the Cortina-derived Ford Corsair.

The Consul Capri included Ford Classic De-Luxe features, including four headlights, variable speed wipers, 9.5 in (241 mm) front disc brakes, dimming dashboard lights, and a cigar lighter. The four-speed transmission was available with either a column or floor change. It was proclaimed as "The First Personal car from Ford of Great Britain" (Ford of Great Britain, sales literature, December 1961)

Initially fitted with a 1340 cc 3 main bearing engine (model 109E), the early cars were considered underpowered and suffered from premature crankshaft failure. Engine capacity was increased in August 1962 to 1498 cc (model 116E) and this engine with its new 5 bearing crankshaft was a vast improvement. The first 200 Capris were left-hand-drive cars for export including Europe and North America. In Germany at the 1961 Frankfurt Auto Show, Ford sold 88 Capris.

In February 1963 a GT version (also 116E) was announced. The new GT engine, developed by Cosworth, featured a raised compression ratio to 9:1, a modified head with larger exhaust valves, an aluminium inlet manifold, a four branch exhaust manifold and, most noticeably, a twin-choke Weber carburettor – this being the first use of this make on a British production car. The same engine was announced for use in the Ford Cortina in April 1963.

Overall the car was very expensive to produce and in the latter part of its production was running alongside the very popular Ford Cortina. Sales were disappointing and the Consul Capri was removed from sale after two and a half years with 19,421 sold, of which 2002 were GT models. 1007 cars were sold in 1964, the last year of production, 412 of them being GTs. The Consul Capri was discontinued in July 1964. The Consul Capri (335) is one of the rarest cars from Ford of Great Britain. 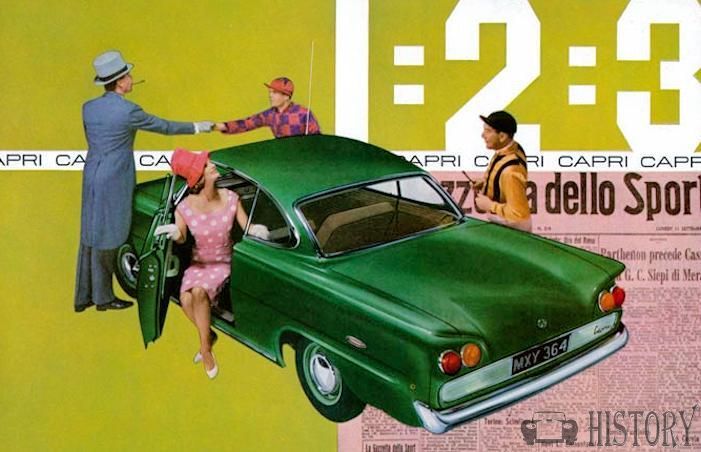 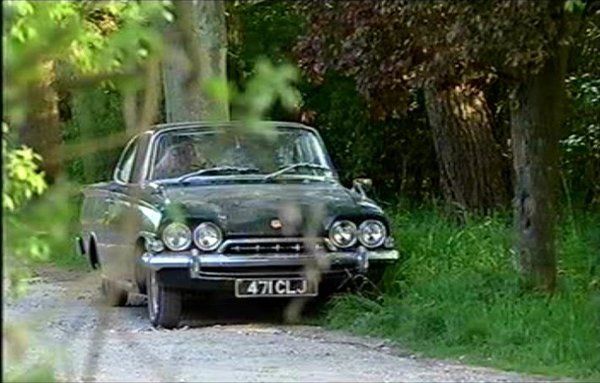