Codenamed "Erika", the third generation Escort was launched in September 1980. The code name alluded to the leader of the product planning team, Erick A. Reickert.The North American Escort introduced at this time was a derivative.

Unlike the Mark II, which had essentially been a reskin of the original 1968 platform, the Mark III was a completely new "wheels-up" design, and was conceived as a hi-tech, high-efficiency vehicle which would compete with the Volkswagen Golf - considered at the time the class benchmark, and indeed the car was launched with the advertising tagline "Simple is Efficient". The Mark III was a departure from the two previous models, the biggest changes being the adoption of front-wheel drive, and the new hatchback body. The car used Ford's contemporary design language of the period with the black louvred radiator grille and straked rear lamp clusters, as well as introducing the aerodynamic "bustle-back" bootlid stump (trademarked by Ford as Aeroback) which would be further developed in the forthcoming Sierra and Scorpio; the stump was proven to reduce the car's aerodynamic drag co-efficient significantly, which was a class leading 0.37 at launch.

Also new were the overhead camshaft CVH engines in 1.3 L and 1.6 L formats, with the older Ford Kent-based "Valencia" engine from the Fiesta powering the 1.1 L derivative, although there was a short-lived 1.1 version of the CVH engine sold in certain markets before it was discontinued in 1982. The suspension was fully independent all around, departing from the archaic leaf spring arrangement found on its predecessors. The Escort Mark III was voted European Car of the Year in 1981, fighting off stiff competition from Italy's Fiat Panda and British Leyland's Austin Metro.

It was also 1982 Semperit Irish Car of the Year in Ireland.

From launch, the car was available in base (Popular), L, GL, Ghia and XR3 trim. From mid-1982, a five-speed manual gearbox was introduced across the range. This was now standard on the 1.6 L versions and could be specified as an option on most 1.3 L engines. A selection of features were available, either as standard fitment or optional extras depending on model, including a tilt-and-slide sunroof, central locking, and electric windows. All models except for base and L were fitted with a check-light system for low fuel, low oil, low coolant, low screenwash, and worn out brake pads. Power steering was not available on European Escorts .

However, the car attracted criticism from the motoring press at launch due to its suspension, with positive camber on the front wheels and negative camber at the rear, giving rise to the Mark III's infamous "knock-kneed" stance. The Mark III soon had a reputation for a harsh, unforgiving ride. In 1983 the revised suspension mounts from the Orion and the Sierra steering rack were introduced as running changes for the 1984 model year.

XR3. Initially this featured a tuned version of the 1.6 L CVH engine fitted with a twin-choke Weber carburettor, uprated suspension and numerous cosmetic alterations. It lacked a 5-speed transmission and fuel injection. Fuel injection finally arrived in 1983 (creating the XR3i), along with the racetrack-influenced RS1600i. The final performance update arrived in the form of the turbocharged 132 PS (97 kW) RS Turbo model in October 1984. 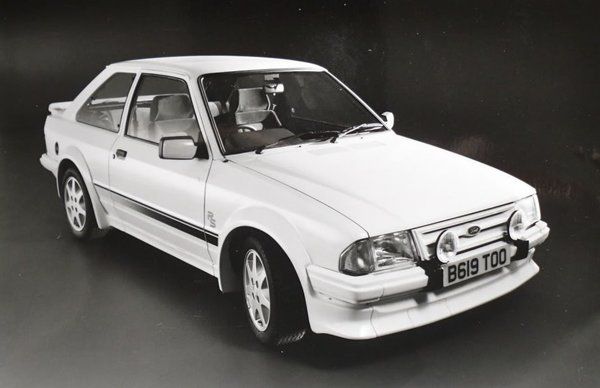 Another engine, introduced in August 1983, was the 1.6 L diesel engine. Developed in Dagenham, it was remarkably economical for its time, and still is to this day, managing over 70 mpg. It was available on the L and GL models. However, the performance was not so impressive, with only 54 bhp (40 kW; 55 PS) and a top speed of barely 90 mph (140 km/h).

The Escort estate was initially only available with three doors, but a five-door version was introduced in 1983. In that year, a saloon version of the Escort, the Orion, was launched. It used the same mechanicals as the hatchback, but had a more upmarket image and was not available with the smaller 1.1 L engine. The Orion name would continue in use through until 1993, when it was dropped and the Orion simply called "Escort".

A convertible version, made by coachbuilder Karmann appeared the same year. It was the first drop-top car produced by Ford Europe since the Corsair of the 1960s. The Escort Cabriolet was initially available in both XR3i and Ghia specification, but the Ghia variant was later dropped.

A pickup version of the Escort, the Bantam, was produced in South Africa. The hatchback Escort was also available there, beginning in March 1981, with the 1.3 and 1.6 litre engines. The South African Escorts differ only slightly from European ones, as a result of local parts content regulations.

Sales in the United Kingdom increased, and by 1982 it had overtaken the ageing Cortina as the nation's best-selling car. 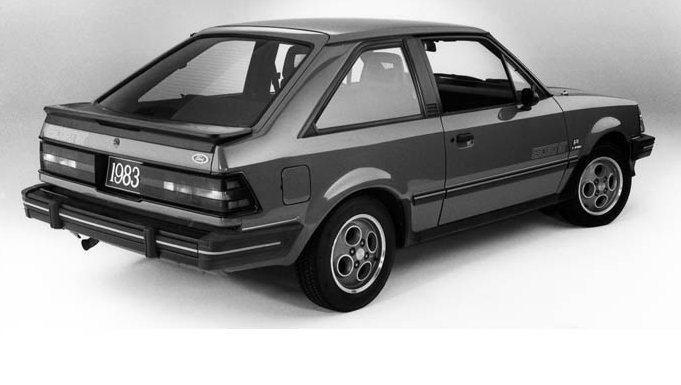 The Escort entered production in Brazil in July 1983. It was equipped with the Renault-based Ford CHT engine, of either 1,341 of 1,555 cc. Both sizes were also available in alcohol-fuelled versions with marginally more power. There was also a more powerful yet version called the XR-3, only available to run on alcohol. Three or five-door hatchback bodywork was available, although Brazil later also received a two-door saloon known as the Ford Verona/Volkswagen Apollo. The Verona has bodywork which is completely different from that of the Orion.