The third generation Ford Focus (also known as MK III) debuted at the 2010 North American International Auto Show as a 2011 model. The cars shown were a 4-door sedan and 5-door hatchback, also debuting a new 2.0L direct injection I4 engine. A 5-door estate was previewed at the Geneva auto show a month later.

Starting 2011, Ford decided to reunite both international and North American models by releasing the international third generation worldwide. The previous North American version was thus discontinued, and the new model was launched simultaneously in North America and Europe on May 2, 2011, both having started production near the end of 2010.Production in Asia, Africa, and South America will follow later.

Ford debuted the all-electric Ford Focus Electric at the Consumer Electronics Show in 2011 to compete with the Nissan Leaf and the Chevrolet Volt and announced the hot hatch ST model at the Paris Motor Show in September 2010.

Ford claimed that the Focus was the world's best selling car in the first half of 2012, surpassing the Toyota Corolla, but this was disputed by Toyota due to the method of calculation.

The design of the new Focus took Ford's Kinetic Design to a new level. At the front, lights have an all new shape while a trapezoidal grille has been changed with triangular features. At the rear, hatchback tail lights are positioned lower similar to Ford Fiesta unlike the first and second generation hatchback models where lights used to be taller and thinner near the rear windscreen. The interior has been completely changed from the second generation in the NA and International versions. Ford wanted to make the Focus more upmarket so it offers two types of central consoles, the basic is available in lower trims with smaller engines and the premium is available with top trims and engines.

This new generation of Focus incorporates a redesigned cabin with improved materials, and new infotainment technologies. In North America this helps to differentiate it from recently decontented competitors such as the MK VI Volkswagen Jetta. Following the industry trend towards decontenting, and in keeping with the sedan's downmarket "economy car" image vs. the "premium" hatchback, the earlier sedan's space-saving gas strut trunk hinges are replaced with cheaper, intrusive goose neck hinges.

Despite the Focus being promoted as a global car,it is built in several different factories around the world, with changes to engine line-ups and trim levels to suit regional markets. Production locations include:

In January 2011 Ford launched its pre-production version based on the Focus Mark III under the new name of Ford Focus Electric at the Consumer Electronics Show, rather than the traditional North American Auto Show. with sales scheduled in the U.S. market by late 2011 and in Europe by 2013. The concept electric car was unveiled at the 2009 Frankfurt Motor Show as the Ford Focus BEV. The Focus BEV was based on the European second generation Focus.

For the Focus Electric, Ford used a complete electric drive train developed and supplied by Magna Steyr, and uses a 23 kWh, liquid-cooled lithium-ion battery pack, has a range of 100 mi (160 km) on a charge, and a top speed of 84 mph (135 km/h).

The Focus Electric will be built at the Michigan Assembly Plant in Wayne, Michigan on the same line as the gasoline-powered version of the Focus, the C-Max Energi plug-in hybrid and the C-Max Hybrid.Initial production will be limited, with production to be ramped up in 2012

The Ford Focus Electric was awarded the 2011 Green Car Vision Award at the 2011 Washington Auto Show. 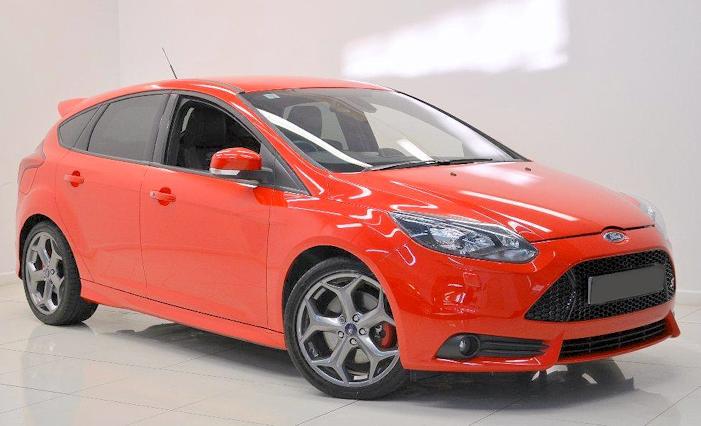 Beginning Summer 2012 (UK)/late 2012 in the US, Ford will offer a new performance-oriented hot hatch Focus ST, as first revealed at the 2010 Paris Motor Show and then at the 2011 Frankfurt Motor Show when more details were announced, including the availability of an estate version for European markets, and the possibility of a sports sedan version for North American markets.

The ST features a new, more aggressive exterior design, including a redesigned front bumper with larger air intakes and grille, larger rear wing, wider side sills, center exit exhaust, and alloy wheels. Inside, the car receives a trio of additional gauges mounted in the dashboard, faux-carbon fiber trim, and sport seats with body colored inserts and stitching. The car will be offered three trim options: ST1, ST2 and ST3; the same three options that were available with the MkII ST.

Differences between the US and European models besides the lack of the wagon model outside Europe and Federally-required amber side reflectors are limited to paint and trim: Euro ST1s get all-cloth Recaro seats while North American ST1s use the same seats as the 2012 SE Sport Package; Red seat accents on the Recaro seats are not available on North American ST2s; Euro ST3s feature a leather Recaro rear seat setup; The rear headrests are different in each market; Red is the only exterior color included in the base price in Europe while yellow is the only extra-cost color in the US; The optional MyFord Touch system that is fitted to ST2/ST3 models in North America is not offered in Europe; The North American ST utilizes a full-size spare tire while the Euro ST features a mini spare or fix-a-flat setup, depending on what audio system is fitted; The Euro ST offers further options (some grouped in option packages) compared to the North American ST including: gray wheels, red brake calipers, pop-out door guards, heated windshield, lane departure system, and active speed limiter; Headlight washers are fitted to the Euro ST3; Only the ST3 model in North America features the handbrake, armrest, and cup holder design from the Focus Titanium, while all Euro Focus STs have that setup; The Euro Focus ST features a height-adjustable front passenger seat. 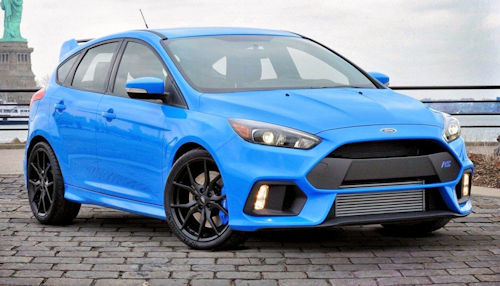 Following the merger of Ford's North American Special Vehicle Team (SVT), the European TeamRS and the Australian FPV divisions[to the development of Ford's global performance vehicles, Ford's Advanced Product Creation and Performance Vehicles director Hermann Salenbauch announced that the decision to sell Ford Focus RS/SVT to North America depends on feedback from the media and customers. However, the product would only appear 2 years after the release of the third generation Focus models. On August 4, 2011 Ford's global boss for small cars, Gunnar Herrmann, revealed to magazine Drive that the third iteration of the hot-hatch was in the works. New RS will be FWD with more than 305 hp (227 KW) which will be transferred to the road with so-called ‘Revoknuckle’ suspension. The new RS is expected in late 2013 or 2014 both in Europe, North America and the rest of the world.

The ST did feature in the remake of the film The Sweeney, . Ford gave six ST-badged Focuses to the production team. 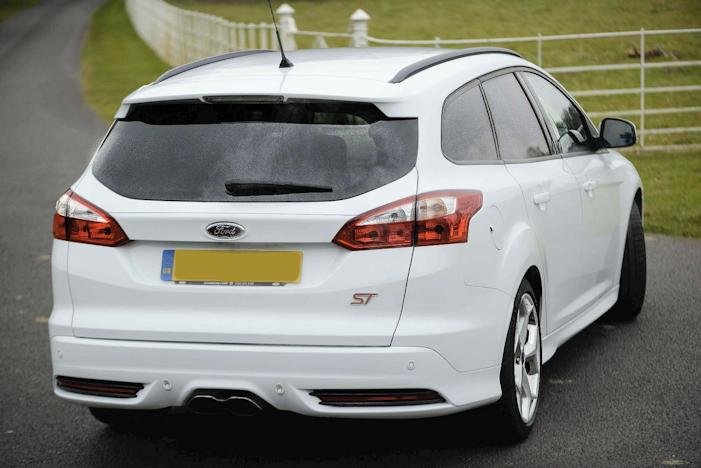