The Escort Mark IV came in early 1986, with only a small number of changes. Codenamed within Ford as "Erika–86", it was instantly recognisable as an updated version of the previous model, with a smooth style nose and the "straked" rear lamp clusters smoothed over. Optional new features included a mechanical anti‐lock braking system (standard on RS Turbo models), a fuel computer on fuel-injected models, and a heated windshield. However, the check-light system for low fuel, low oil, low coolant, low screenwash, and worn out brake pads was no longer fitted to any model. Air conditioning was not available on cars sold in Europe although it was an option on cars sold in Argentina and Brazil. In 1987, an LX trim designation was introduced which was situated between the L and GL models.

In Brazil, the trim designations were a bit different for the Mark IV:

There were special series in Brazil:

Note that in Brazil, the 1.8 L and 2.0 L engines were made by Volkswagen (VW) as part of the AutoLatina agreement, where Ford CHT engines were used in VW cars and vice-versa. The 1.0 L and 1.6 L were all ford CHT motors. All Escorts made after 1993 were fuel-injected, excepting the Hobby models. Also, the Mark IV model was made until 1992 on all versions, except Hobby, that was made until 1996.

As well as an all-new interior, a new 1.4 L derivative of the CVH engine was introduced, as well as numerous suspension tweaks to address the long standing criticisms of the Escort's handling and ride quality, although these had limited success. 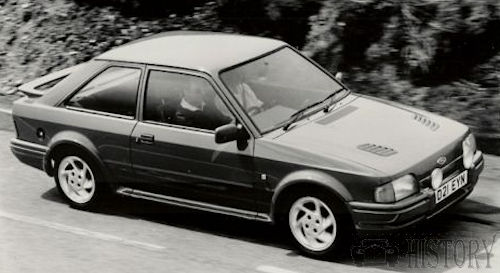 Ford gave the Escort‐based saloon a similar makeover as the Orion. Carried over from the previous range was the 3–speed automatic which was ultimately replaced late in the production run with a variant of the CTX stepless gearbox as first used in the Fiesta a couple of years earlier. A luxurious Orion 1600E with leather seats, fuel injection, alloy wheels, and a Ghia trim was produced during 1989 and 1990. A total of 1,600 were made, with 1,000 of these having leather trim.

Escorts for European markets continued to be assembled at the plants in Halewood and Saarlouis. Sales were strong through the decade, and during the later 1980s Escort production also commenced at the Ford plant originally established for Fiesta production in Valencia.

At this time, the Escort was dropped in South Africa and replaced by the Laser and Meteor, although the Escort‐based Bantam pick-up remained in production, facelifted, and also sold as a Mazda Rustler.

This Escort continued production until 1995 in some foreign markets, especially Latin America. In 1993, the Escort Hobby trim was introduced in Brazil, using a 1.0 L 50 hp (37 kW) engine derived from the European 1.1 L. This was done in order to be eligible for tax breaks.

There were no trims with a high-power engine in Brazil. The most powerful Escort was the Escort XR3 Formula 1991, which had 125 hp (93 kW). The on-board computer was not available in Brazil 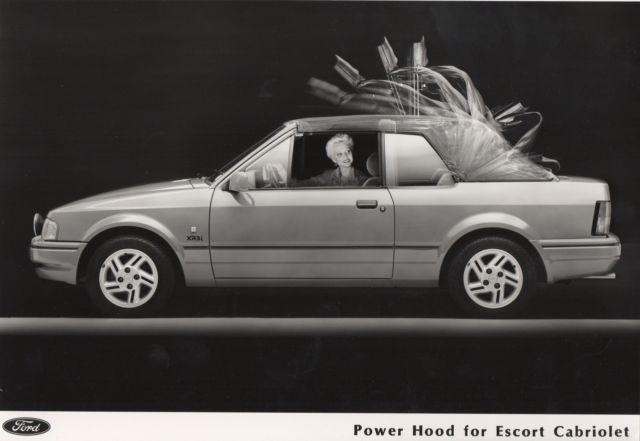