Mechanically, the Ford Fiesta followed tradition, with an end-on four-speed Manual transmission of the Ford BC-Series mounted to a new version of the Ford Kent OHV engine, dubbed "Valencia" after the brand new Spanish factory in Almussafes, Valencia, developed especially to produce the new car. Ford's plants in Dagenham, England, and Saarlouis and Cologne (from 1979) in Germany, also manufactured Fiestas. To cut costs and speed up the research and development, many modified Kent engines destined for the Fiesta were tested in Fiat 127s – at the time considered the benchmark car in the class, with which the Fiesta shares styling similarities. This also allowed covert road testing across Europe.

Although not the first Ford vehicle to feature front-wheel drive (the 1960s Taunus produced by Ford of Germany laid claim to that title), the Fiesta is widely credited as being Ford's first globally successful front-wheel-drive model. UK sales began in January 1977, where it was available from £1,856 for the basic 950 cc-engined model.

It was only the second hatchback mini-car to have been built in the UK at this stage, being launched a year after the Vauxhall Chevette, but a year before the Chrysler Sunbeam and four years before the Austin Metro. The millionth Fiesta was produced on 9 January 1979. 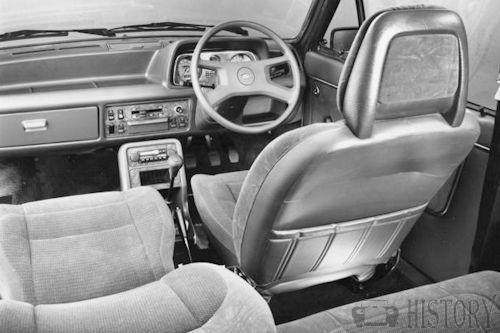 The car was available in Europe with a 957 cc (58.4 cu in) I4 (high compression and low compression options), 1.1 L and 1.3 L OHV petrol engines and in Base, Popular, L, GL (1978 onward), Ghia and S trim, as well as a van. The U.S. Mark I Fiesta was built in Cologne, Germany but to slightly different specifications; U.S. models were Base, Decor, Sport, and Ghia, the Ghia having the highest level of trim. These trim levels changed very little in the Fiesta's three-year run in the USA, from 1978 to 1980. All U.S. models featured the more powerful 1.6 L (98 cu in) engine (this engine was a mixture of two different Kent variants – the Valencia block combined with the older Crossflow cylinder head, fitted with a catalytic converter and air pump to satisfy strict Californian emission regulations), energy-absorbing bumpers, side-marker lamps, round sealed-beam headlamps, improved crash dynamics and fuel system integrity as well as optional air conditioning (a/c was not available in Europe). In the U.S. market, the Ford Escort replaced both the Fiesta and the compact Pinto in 1981.

At the beginning of the British government's Motability scheme for disabled motorists in 1978, the Fiesta was one of the key cars to be available on the scheme

A sporting derivative (1.3 L Supersport) was offered in Europe in 1980, effectively to test the market for the similar XR2 introduced one year later, which featured a 1.6 L version of the same engine. Black plastic trim was added to the exterior and interior. The small square headlights were replaced with larger circular ones resulting in the front indicators being moved into the bumper to accommodate the change. With a quoted performance of 0–60 mph (0–97 km/h) in 9.3 seconds and 105 mph (169 km/h) top speed, the XR2 hot hatch became a cult car beloved of boy racers throughout the 1980s. 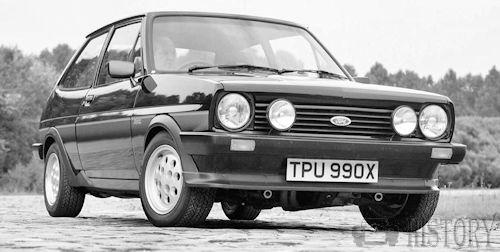 For the 1979 auto show season, Ford in conjunction with its Ghia Operations in Turin, Italy, produced the Ford Fiesta Tuareg off-road car. It was touted in press materials as "a concept vehicle designed and equipped for practical, off-road recreational use."

Minor revisions appeared across the range in late 1981, with larger bumpers to meet crash worthiness regulations and other small improvements in a bid to maintain showroom appeal ahead of the forthcoming second generation.

In 1978, the Fiesta overtook the Vauxhall Chevette as Britain's best-selling supermini, but in 1981 it was knocked off the top spot by British Leyland's Austin Metro and was still in second place at the end of 1982. 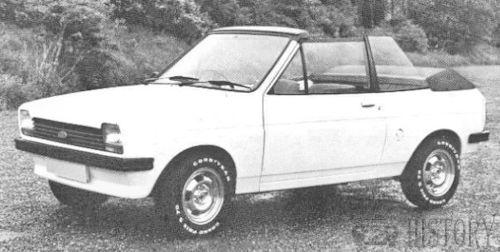 In 1982, coachbuilders Crayford produced the Fiesta "Fly"—a convertible version of the Fiesta 1300 Ghia, and a total of just sixteen vehicles were produced. The following year the more powerful 1600 Fiesta XR2 was the donor car, and a further seven convertibles were produced. The conversion involved welding the boot shut. EDIT. Crayford built around twenty Fly convertibles, any Fiesta model could be handed over to be converted. Due to other projects Crayford did not have the capaciy to continue production so the licence to produce the Fiesta Fly went to Bournemouth Ford dealer F English in March 1982. Records are sketchy, but an estimated 150-200 cars were built by F English, the owners register currently has 83 survivors recorded. 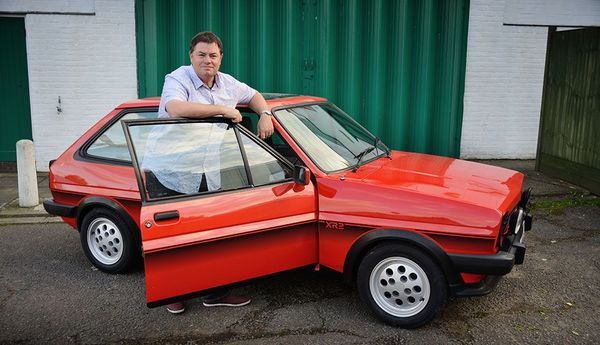