The Fiesta Mark II appeared towards the end of summer 1983 with a revised front end and interior, and a bootlid mirroring the swage lines from the sides of the car. The 1.3 L OHV engine was dropped, being replaced in 1984 by a CVH powerplant of similar capacity, itself superseded by the lean burn 1.4 L two years later. 957 and 1,117 cc engines continued with only slight alterations and for the first time a Fiesta diesel was produced with a 1600 cc engine adapted from the Escort.

The second generation Fiesta featured a different dashboard on the lower-series trim levels compared to the more expensive variants. 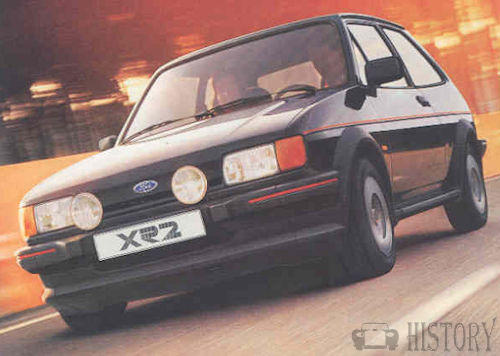 The XR2 model was thoroughly updated with a larger bodykit. It also featured a 96 bhp (72 kW) 1.6 L CVH engine as previously seen in the Ford Escort XR3, and five-speed gearbox (also standard on the 1.3 L CVH models). The engine was replaced by a lean-burn variant in 1986 which featured a revised cylinder head and carburettor; it was significantly cleaner from an environmental viewpoint but was slightly less powerful as a result (95 bhp/71 kW).

A truly "hot" Fiesta was never produced by the factory to avoid impacting on sales of performance Ford Escort variants but many aftermarket conversions were available, the best-known being that by the English firm Turbo Technics boosting power to a well documented 125 bhp (93 kW), which easily outclassed its "standard" rivals. Ford appreciated the high quality of this conversion and was keen to look after its customers: the installation was undertaken by approved fitting centres and all the warranties remained valid after.

The face-lifted, facing competition from the Vauxhall Nova and Austin Metro, was one of the UK's top supermini. In its best-ever year, 1987, over 150,000 Fiesta models were sold in the UK, though it missed out on first place in the sales charts to the Ford Escort.

The second generation Fiesta lives on as the donor vehicle for Quantum Sports Cars' 2+2 convertible with several hundred manufactured at the factory in Stourbridge before production moved to Kingsbridge. 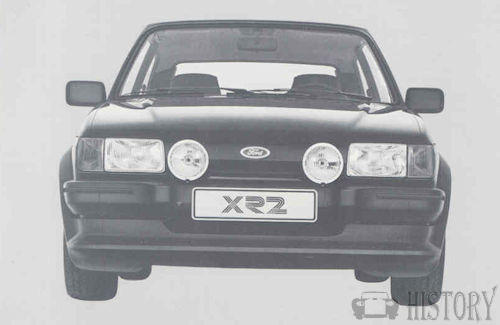