The third generation Fiesta Mark III, codenamed BE-13 was unveiled at the end of 1988 and officially went on sale in the February of the following year. Although it was essentially a reskin of the second generation Fiesta (which in turn was a facelift of the 1976 original), it looked radically different, and did address the principal weakness of the previous generation – the lack of a 5-door derivative, something that was by then available in its major rivals such as the Fiat Uno, Peugeot 205 and Opel Corsa/Vauxhall Nova. The other main change was to the running gear – the improved HCS (High Compression Swirl) version of the Kent/Valencia powerplant. The CVH units from the second generation were carried over largely unmodified. The diesel engine was enlarged to a 1.8L capacity. 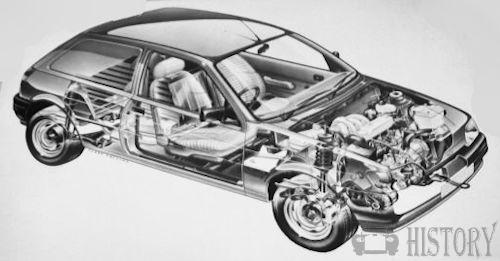 This model had the longest production life of any Fiesta to date, achieved the highest yearly sales of any Fiesta in the early 1990s – achieving a sales volume of 1 million units inside the first two years of production, and underwent numerous changes in its life. For example, the car had four different versions of standard steering wheels during its lifetime (the launch wheel, then updated in 1992, 1994 and 1995) and the most changes to standard UK trim levels of any Fiesta (examples across the years show the large line-up: Popular, Popular Plus, L, LX, Ghia, 1.6S, XR2i, RS Turbo, RS1800, Fiesta, Louisiana, DL, SX, Azura, Si, Classic, Classic Quartz, Classic Cabaret, Saphire). A Fiesta-derived van, the Ford Courier, was launched in 1991. 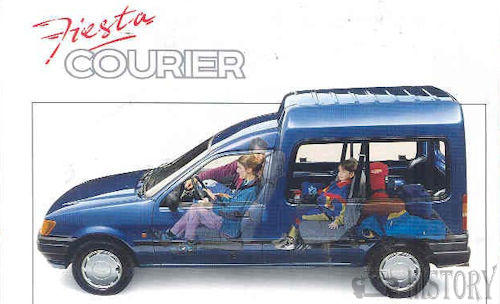 Fuel injection engines became available in 1991. Major changes were introduced to the range in 1994. Major structural improvements were made to improve safety, as well as a new immobiliser being fitted to petrol models. The UK trim line-up was also simplified to Fiesta, LX, Si (which also had a new bumper and seat designs) and Ghia. Revised door mirrors were also fitted, as were a line-up of fresh wheel trim designs.

In 1992 a number of prototype cars were produced by Ford fitted with direct injection two stroke engines produced by the Orbital Engine Corporation of Australia, with full scale production anticipated by Ford in "two to three years time". The cars were tested extensively in the UK, but ultimately it was decided not to go ahead with production versions. 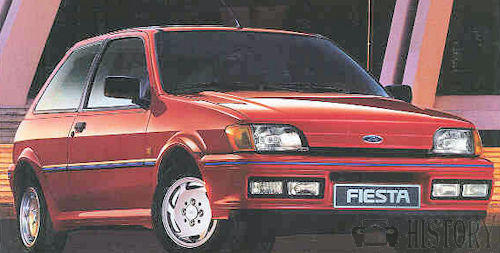 As for sports models, the XR2i was launched in 1989 with an eight-valve CVH (standing for "compound valve-angle hemispherical combustion chamber") engine with 104 PS (76 kW). This was then replaced by a Zetec 16 valve version in 1992, which also saw the RS Turbo being supplanted by the RS1800 as the CVH engine was being phased out. 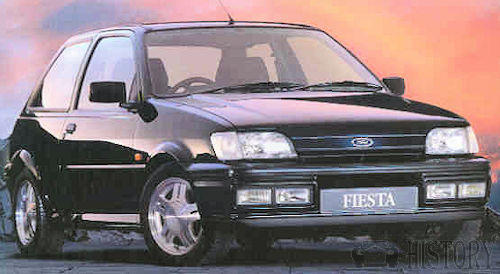 From 1995 the vehicle was built and sold at the same time as the new Mark IV. To distinguish the car, trim levels were revised, and it was marketed as the "Fiesta Classic". This version continued until production finally ceased in 1997.