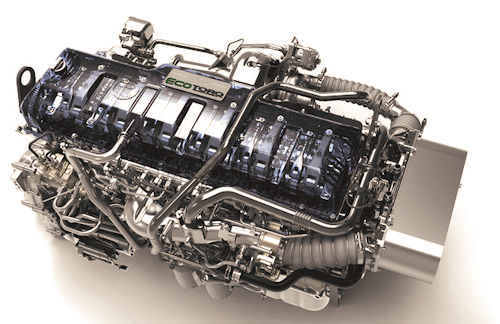 The Ecotorq engine has been engineered with the all-new Ford Cargo heavy duty truck project undertaken by Otosan engineers. Ecotorq made its debut in 2003. It replaces the Deutz 1013 series water-cooled turbodiesel engine and competes for the Turkish local market with Cummins B and C series engines used in various BMC trucks, and with Mercedes-Benz and MAN heavy duty engines.