Notable Cyclone features include a capacity for displacements ranging up to 4.0 L, DOHC 4-valve per cylinder heads, direct acting mechanical bucket (DAMB) camshaft tappets, variable cam timing (iVCT) on the intake camshafts, and twin-independent variable cam timing (Ti-VCT) on some later versions. Features such as Gasoline direct injection and turbocharging were considerations in the design phase and have been added to the engine as part of EcoBoost. The 3.5 L is ULEV-II compliant and is capable of meeting the PZEV requirement.

The Duratec 33 (3.3L) is a downgrade version of Duratec 35 with direct injection starting in 2018 model year for Ford F-150, serving as a new base engine. 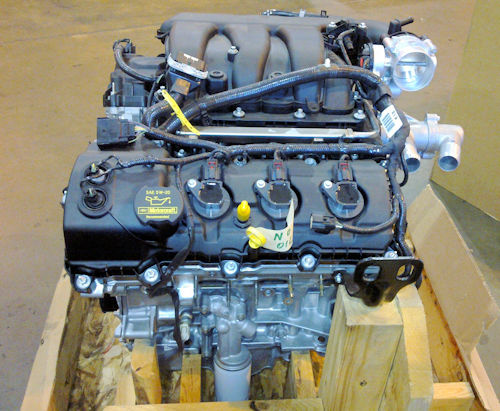 The engine is assembled at Lima Engine in Lima, Ohio, with expansion planned in Cleveland Engine Plant #1. 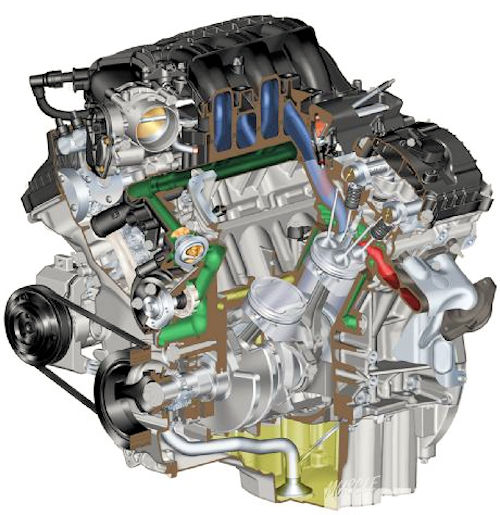 A few days before the 2009 Los Angeles International Auto Show, Ford unveiled a new version of the 3.7 L for the 2011 Mustang, making it the first Duratec-badged V6 since the Lincoln LS to be used in a production rear-wheel drive car. This version of the 3.7 L features Twin Independent Variable Cam Timing (Ti-VCT); delivers 31 mpg-US (7.6 L/100 km; 37 mpg-imp) highway mileage in the Mustang, and was the first production engine to deliver in excess of 300 hp (224 kW) and 30 MPG.