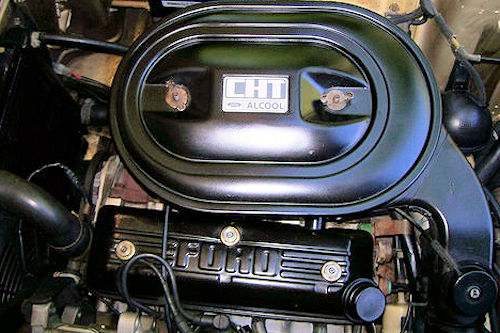 The letters CHT denote a particular type of four-cylinder internal combustion engine produced by the Ford Motor Company in Brazil during the 1980s. It is a completely different engine from the CVH engine and should not be mistaken with it. Contrary to the CVH, the CHT was very economical and had a very smooth and low noise profile, inherited from its Renault design.

The CHT (Compound High Turbulence) engine was introduced by Ford in 1984 in the Mark 3 version of the Ford Escort, the first of the series to be released in Brazil.It was later used in the Ford Del Rey, the Ford Verona (a Brazilian Ford Orion), as well as the Volkswagen Gol.

This engine was based on the Renault Cléon-Fonte engine from 1962. The Cléon-Fonte engine designed by engineer René Vuaillat is a small four -cylinder entirely new design, which appeared on the Renault Floride S and Renault 8 in 1962. Ford do Brasil inherited this engine upon buying the Brazilian Willys/Renault operation in the late 1960s. It has a total of eight overhead valves, and features a rotating valve design. 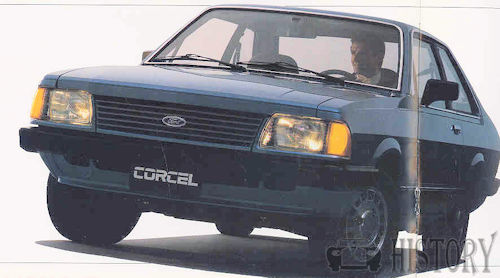 The displacement of the original Cléon-Fonte used in Ford Corcel was 1,289 cc (73x77 mm bore and stroke); this was later raised to 1,372 cc (75.32x77 mm) for the "XP" engine, later called "1300-B" in single-carburetted form. The Cléon-Fonte was finally increased to 1,555 cc (77x83.5 mm) in 1979, which is also the displacement of the CHT. Ford do Brasil used the Cléon-Fonte engine until 1983, when they made a thorough redesign to the head and in the process renaming it the CHT. The Corcel-derived Ford Pampa pickup truck also used the Cléon-Fonte engine until replaced with the CHT in 1984. 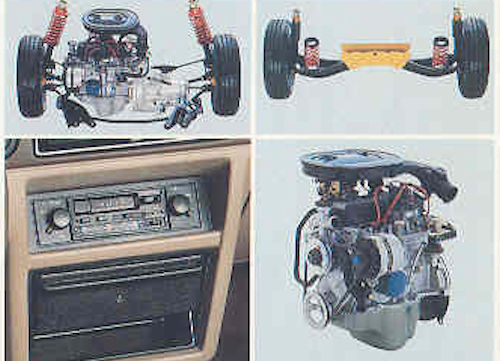 The goal of this effort was to create an internal turbulence inside the piston chambers so that a higher percent of the fuel was burnt. The resulting unit was very robust and economic, albeit with modest performance when compared to the competing Volkswagen EA-827. The CHT has lower peak power but with generally higher average torque, with the torque curve being much straighter and closer to the maximum at any engine speed than a similar AP engine. Torque was the CHT engine's advantage, it being capable of running without much loss of power in very low engine speeds as well.

It was also available to run on Ethanol, which usually generates at least 10% more power than a corresponding petrol model, with a circa 25% increase to fuel consumption. It had no problems at all for cold starts and high fuel consumption unlike other early ethanol-powered engines.

Later, the engine was tuned for better power figures and fuel efficiency:

In 1987, with the release of the Mark 4 Ford Escort, this engine benefited from some revisions, resulting in the CHT E-Max (maximised economy) version. All the new models featured better torque. This, the second generation CHT engine received the award of most economical engine of its time in Brazil, capable of running 17.1 km with one liter of petrol.

In 1992, a smaller version was released for the Escort and the Gol: