Automotive manufacturer Finland From 2015 on 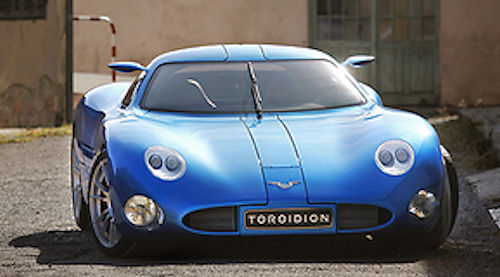 Toroidion is a Finnish car manufacturer established in 2011. In 2015 Toroidion introduced the electric supercar 1MW Concept.Toroidion Ltd claims to have developed new technologies that solve many of the current practical problems of electric cars, including the insufficient duration of batteries.Electric motors used are claimed to be of new design, although more detailed information has not yet been announced. A utility model details a central stator divided in multiple sections, each of which is fed three-phase current with a separate frequency converter. This enables a lower voltage at higher power. More elements can be added to the engine in axial direction, so that an engine can have 20 or more frequency converters.

The electric supercar has 1,341 horsepower (1,000 kW) of power, making it one of the most powerful supercars.

Each wheel is powered by its own motor. Front wheels have 200 kW motors and rear wheels have 300 kW motors. The car is capable of accelerating from 0 to 400 km/h in 11 seconds. The battery of the car is of rapid-swap and high-capacity type.

Toroidion is one of a small number of electric cars with maximum power in the 800 kW to 1000 kW range, which now also includes the NextEV NIO EP9 track-only supercar, which holds the Nürburgring record for electric cars.  The concept car was tested by the independent testing house Etteplan Oy in 2017, showing significantly better economy than mass-produced cars. 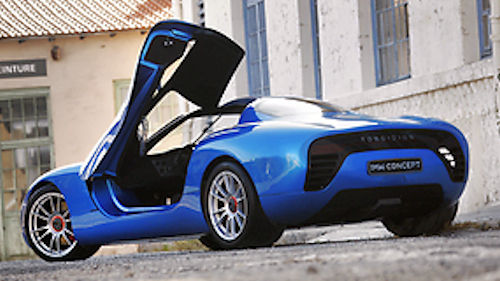