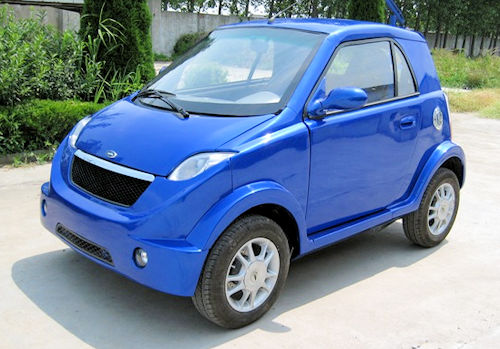 The company was founded on July 11, 2008 in Oulu . 2009 began the production of automobiles. In September 2009, it presented for the first time at the Electric Motor Show in Helsinki vehicles. The brand name was Sanifer . By 2015, the company was dissolved.

The company produced two-seater microcars with electric drive . On offer were the models Sanifer Mini Car L6e and Mini Car L7e , which differed in terms of the engine and the performance.

The vehicle length was 270 cm, the vehicle width 154 cm and the vehicle height 148 cm. The maximum speed of the "Mini-Car L6e" was limited to 45 kmh, while the model "Mini-Car L7e" could reach 80-100 kmh. The range was about 120 km for the "Mini Car L7e".  The two models were at the Section Machine and vehicle technology of the University of Oulu developed and constructed. In addition, e-bikes were created .