The Fiat 509 is a car produced from 1925 to 1929 by the Turin car manufacturer FIAT .It was the first Italian car to win the Monte Carlo Rally in 1928 , led by the French gentleman-driver Jacques Bignan .

At the Milan motor show in April 1925 a car was introduced that will make history: the 509, the first utility car produced in large series in the new Lingotto facilities . The car, powered by an engine of only 990 cc and three gears, has only two doors and small size compared to the competition, . The utility is offered in monthly installments thanks to the financing of the newborn SAVA . The first deliveries to customers started in the autumn of 1925.After just one year the 509 was the most widespread automobile in the country, despite some weak points.

Being less reliable than the 501 in 1926 the 509A was presented. Among the various improvements there is the redesigned head, a new lubrication system and a new carburettor . Now it has 4 doors. The bodies available are the sedan , the torpedo , the cabriolet , the coupe and the spider (Sport), Taxi and Commercial versions are also available .It was replaced by the Fiat 514 after having produced 92,514 examples.

The Fiat 509 has a four-cylinder engine positioned anteriorly . It has a power of up to 22 hp, the power using a carburetor Solex 26 or Zenith 22. The distribution is with valves and camshaft in head and has a chain. Water cooling using an eight-liter radiator. It is a rear-wheel drive , with a change in the three reports and a clutch single disc. The frame is made of steel spars and steel crossbars, the suspensions at the front have a rigid axle and a rigid bridge at the rear, all cushioned by longitudinal leaf springs. The brakes on all four wheels are drum-type, the steering wheel has a worm screw and a helical wheel. It can reach a maximum speed of 78 km / h and the maximum gradient that can be overcome is 23.5%. Finally the average consumption is 9 liters / 100km. 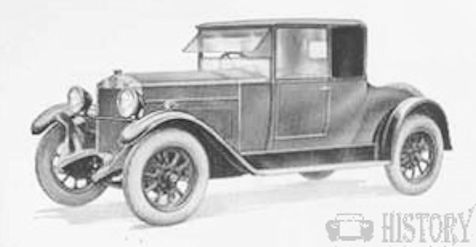