Internally codenamed Project 176, the Punto was announced in September 1993 as a replacement for the ageing Fiat Uno and launched in late 1993/early 1994 depending on the market. The Fiat Punto was voted European Car of the Year for 1995, defeating rival Volkswagen Polo by only 78 points.

The Punto was designed by Giorgetto Giugiaro and was available as a 3-door or 5-door hatchback, and a two-door cabriolet.

A cabriolet (convertible) version was also available; built by Bertone (rather than at the main Fiat factory), it featured an electric powered fully retracting roof and was one of the cheapest open-top cars in the world at the time. In Europe, it was also made with a manual roof. Available in both ELX and SX trim, initially powered by the 90 bhp 1.6 Mpi unit (replaced in 1995 by the 86 bhp 1.2 16v FIRE unit). 55,000 cars were built between 1994 and 1999. The last cars were registered in 2000. 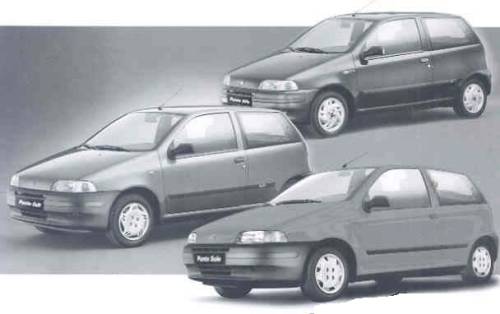 Particular versions of the first generation Punto were the Punto 6Speed, a 1.1 FIRE Punto 55 with a 6-speed gearbox, the Punto Selecta with a CVT-type automatic gearbox, and the Punto ED (Economical Drive), a 1.1 Punto whose 5-speed gearbox was designed for high fuel efficiency. 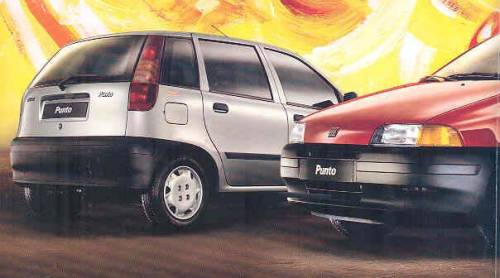