Retaining the exterior changes of this model, in 1962 Fiat introduced the third generation 1100, called the 1100D ("D" stood for Delight). It was a sober yet comfortable four-door sedan, very similar to the Granluce but with simpler sides and a new simpler rectangular front end. The 1100D was a successful Italian Standard in the early sixties and along with its own Estate or Family car version and a Deluxe model that offered a higher performance of 50 PS (37 kW), extra side moldings, front bench seat with two reclining backs and carpet floor mats. These survived without any substantial alteration until 1966, when the introduction of the groundbreaking 124 model imposed a further change in styling. Power was 40 PS (29 kW) at the time of introduction, which was soon increased to 43 PS (32 kW).

The very last 1100 model, born in February 1966, was the 1100R ("R" stood for Rinnovata). It had a longer, straighter and slimmer line, with a square back and a front-end look not very different from its bigger sister the Fiat 124. In terms of styling cues, the vestigial fins were further suppressed and the simple round rear light cluster from the Fiat 850 replaced the vertical form seen on the 1100D. At the same time, the larger engine was withdrawn in order to avoid undue overlap with the 124. The 1100R was offered only with the older 1,089 cc engine, now with a compression ratio of 8:1 and a claimed output of 48 bhp (36 kW). This engine (with a somewhat narrower bore) had been first introduced in the 1932 Balilla.

Clutch and gearbox were little changed, but the return of a floor mounted gear lever positioned between the front seats and connected to the gearbox with a rod linkage system was welcomed by the motoring press. The absence of synchromesh on the bottom forward speed nevertheless offered a reminder that under the surface this was becoming a somewhat aging design. Between the gearbox and the differential, the propeller shaft had now been separated into two parts with three couplings.

The boot was usefully expanded, helped by a slight increase in the car's overall length, and with more careful packaging of the spare wheel (under the floor) and the fuel tank (in the rear wing on the right). As configured for UK sales, reclining front seats were available as an optional extra for £8.

The 1100R finally gave way in 1969 to the new middle-class Fiat 128. It was also assembled by the Neckar-Automobilwerke in Heilbronn, Germany. Called the Neckar 1100 Millecento it only differed lightly in trim. 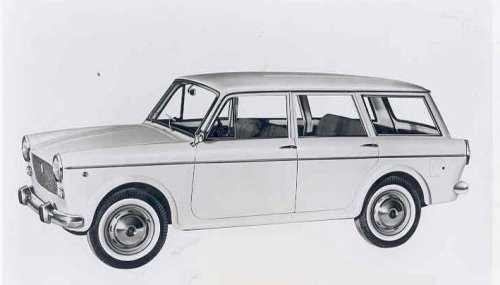 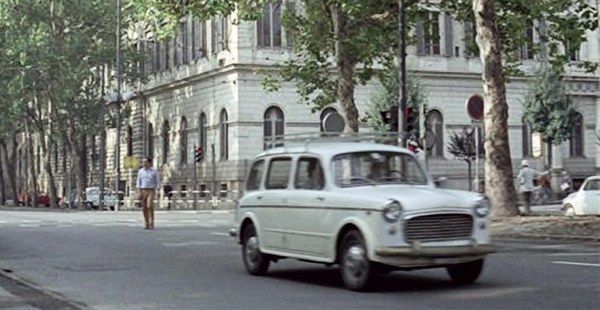