Drive was to the rear wheels through a four-speed gearbox, and for the period, its comfort, handling, and performance were prodigious, making it "the only people's car that was also a driver's car". Unusual for a modestly priced car of the time was the independent front suspension, while the rear had a leaf sprung live axle. Subsequently the car underwent a partial restyling around the front end and gained new streamlined window-shaped louvres and was renamed the 1100B and was popularly known as the "1100 musone" (i. e. "big nose"). After World War II, in 1949, the car was re-introduced with a curvy trunk and new name, the 1100E. The 1100E also received a bit more power, and now had 35 PS (26 kW). Both the 508C and the 1100B were also available as the long wheelbase 508L which was mainly used for vans and taxis. 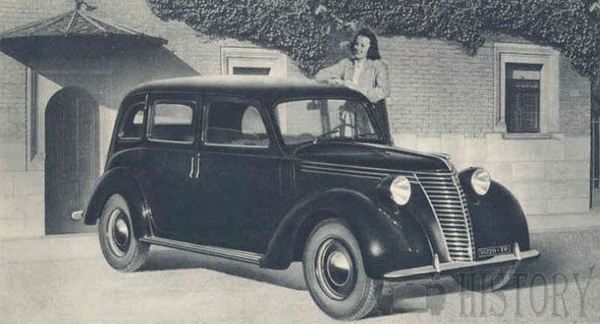