The Campagnola was redesigned for launch in June 1974 and in this form produced until 1987.

The new vehicle used the petrol engine of the Fiat 132, but with a longer stroke which increased the capacity to 1,995 cc. - the same enlarged engine turned up in the Fiat 132 itself two years later, albeit with twin overhead camshafts. There was a light alloy cylinder head: instead of the twin overhead camshafts of the 132, the engine in the Campagnola had a single side-mounted camshaft driven by a toothed belt, the valve movement being driven by pushrods and rockers. The large square engine compartment gave easy access to the engine bay which was designed to permit "wading" up to 70 cm deep.

The 57 litre fuel tank was positioned well out of range from rocks and flying stones, being under the twin passenger seat beside the driver.

MacPherson struts suspended all four wheels, with two struts for each of the rear wheels and a single strut for each of the front wheels. All six struts used were of identical specification and thereby interchangeable. Road testers from the UK commended the smoothness of the ride over rough ground which evidently compared very favourably with that offered by the Land Rover of the time. 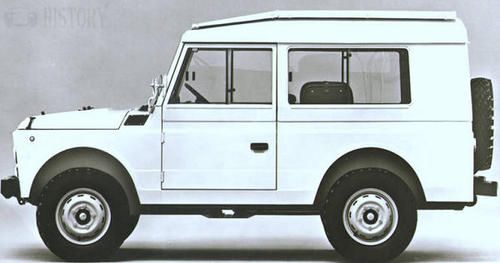 The powerplant is a Fiat 4-cyl gasoline engine developing 59 kW (79 hp) at 4600 rpm through a 4X4 transmission. The suspension system is independent on all four wheels.

The “Campagnola” is used as an Incident Command post during the first phases of the emergency. It carries loudspeakers and other command and control equipment. Some light rescue equipment is carried in the back, including a rescue saw, an oxygen cutting torch and other ancillary equipment.

In 1976 the French army was about to replaced its Jeeps and several prototype series were made: Peugeot proposed the P4, an adaptation of the Mercedes G-Wagen, powered by the gasoline engine of Peugeot 504. Citroën offered its own version of the Volkswagen Iltis, using the CX Athena engine and renamed as C44. The Renault Campagnola TRM500 was derivative of Fiat Campagnola and used engine of Renault R20. Finally the Peugeot P4 was chosen as new army jeep. 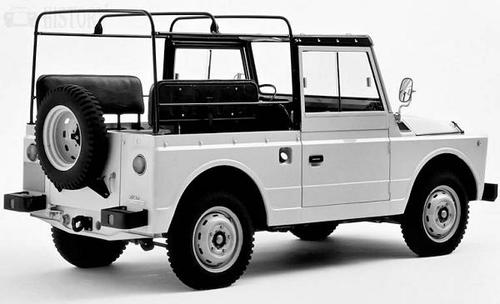