The Fiat Dino (Type 135) is an exotic front-engined, rear-drive sports car manufactured between 1966 and 1973. It was an intermediate step towards creating Ferrari's "Dino" and the two are often confused. The Fiat Dino allowed Ferrari to achieve the necessary production numbers to homologate Alfredo Ferrari's (better known by his nickname of "Dino") V6 engine for Formula 2 racing. The Fiat Dino Spider was introduced at Turin Motor Show 1966 and Coupe version one year later at the Geneva Motorshow.

Ferrari started its first line of mid-engined cars in 1968 and sold them under the brand name of "Dino" (not Ferrari). The intention originally was to brand all V6 cars as "Dino", as a tribute to Alfredo, Ferrari's son, who had died aged just 24 and is credited with the inspiration for the V6 engine. The 'Dino' brand was rejected however by the US Ferrari dealers as difficult to sell, so the cars were designated 'FIAT' and 'Ferrari' Dinos. The Dino 206 GT and Dino 246 GT & GTS were equipped with engines identical to those used in the Fiats; whereas the later Dino 308 GT4 had an unrelated V8 and was rebranded "Ferrari" in 1976, thus ending the use of the "Dino" trademark.

The car was first offered with a 2.0-litre, 160 PS (118 kW; 158 hp) V-6, with a 5-speed manual transmission.The same 2.0L engine was used in Ferrari Dino 206 GT, produced during the same period. The conversion of the Dino 196 racing engine for road-going use in the Dino 206 and the Fiat Spider and Coupe was entrusted by Fiat to Aurelio Lampredi, to whom Ferrari owed so many great engines. Lampredi, interviewed in the early 1980s (he died in 1989 at the age of 72), noted that, "Things didn't work out exactly as Ferrari had foreseen." Ferrari had counted on building the engines at Maranello, but Fiat's management insisted on taking control of production, to avoid any breaks in the engine supply.

Fiat quoted 160 PS (118 kW; 158 hp) for the Fiat Dino and Coupe, and in 1967 Ferrari - presenting the first prototype of the Dino 206 GT - claimed 180 hp (130 kW). This, however, was not the case. Both engines were made by Fiat workers in Turin on the same production line, without any discrimination as to their destination, and all were exactly the same. 150 units were simply taken from the first production batch at the beginning of 1968 to power the Dino 206 GTs. Jean-Pierre Gabriel, writing in "Les Ferraris de Turin", notes that, "La declaration de Ferrari ne reposait sur aucun fondament technique" - Ferrari's statement had no technical basis! However, as always, it was certainly a savvy piece of marketing by the Commendatore.

This engine was later enlarged to a 2.4-liter, 180 PS (132 kW; 178 hp) unit in 1969. The Fiat Dino was originally equipped with a live axle suspended by a single leaf spring, but later examples used a sophisticated coil-sprung independent rear suspension setup derived from the Fiat 130. As regards provenance, the 2.0 litre was the first car to have electronic ignition as standard, ran in Le Mans and many of the 'Ferrari' and 'FIAT' parts are interchangeable. Moreover, the Girling brakes for the 2.4s were shared with the De Tomaso Pantera and the Lamborghini Miura. The ZF gear box was also used by Aston Martin. The Dinoplex C electronic capacitive discharge ignition was developed by Magneti Marelli in 1968 for the high revving Dino V6 engine (hence the name Dinoplex). Performance was impressive, with a 0-60 mph time of less than 8 seconds. Fuel was delivered via three Weber 40DCNF12 carburetors.

Two body designs were made and manufactured for Fiat; the Spider by Pininfarina and the Coupé by Bertone. The more common 2.0 cars were assembled by FIAT, whereas the 2.4 cars were assembled by Ferrari at Maranello alongside the 246s. Paradoxically then, the 2.4 cars were as much 'Ferrari" as the 246s, especially the 2.4 Spiders, of which only 424 were made. These cars were designed by Pininfarina and built using the same engines and assembled by the same Ferrari engineers on the same Ferrari production lines as the 246s, albeit significantly rarer. In this respect, 'FIAT' Dino and 'Ferrari' Dino was simply early marketing driven 'badge engineering'. When one discards the marketing, the lineage is plain: "Dino...." 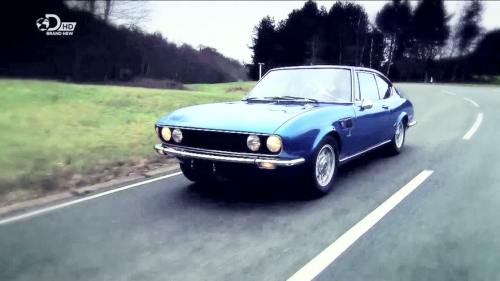