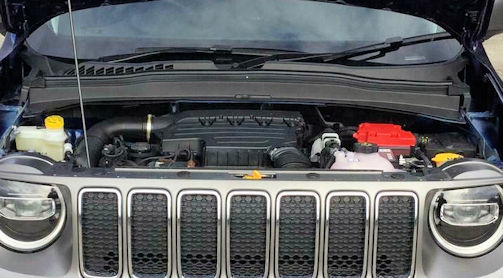 The engine FireFly (codename GSE , Global Small Engine ) is a family of internal combustion engines fueled by gasoline in 4-stroke alternative 3- and 4-cylinder in-line constructed from Fiat group starting in 2016. They are the motors in line vertical with monoblock in aluminum, with transverse front arrangement with 1.0 to 1.3 litres .

Built to replace the FIRE engines (in production since 1985 and also available in the 1.4 Multiair version , both turbo and aspirated) and SGE (Twinair) , it has the main feature of being available in 2 versions and of having a modular architecture with volume equal unit, which allows the sharing of various components such as connecting rods and pistons between the different versions, as well as the possibility of production on the same line. The monobloc is built in aluminum, the 3-cylinder versions do not have a balancing countershaft (replaced, as in the 1.0 Ecoboost from Ford, by a deliberately unbalanced flywheel).

This new range was designed and created by the Turin-based company to optimize costs and increase the efficiency of the engines, with a view to downsizing and reducing the size of the engines. They will replace the 1.2 and 1.4 FIRE, but also the 1.4 liter Twinair and Multiair, placing themselves at the base of the motor family of the whole Italian-American group .

The engine made its debut in Brazil in 2016 on the Fiat Mobi and Fiat Uno dedicated to the local market, in the 72 bhp 1.0 flex-fuel aspirated (77 ethanol) and 1.3 101 bhp (109 ethanol) aspirated versions, to then also be fitted under the bonnet of the Fiat Argo .

These versions are aspirated, with a 2-valve cylinder head, single-shaft overhead distribution with variable valve timing and indirect injection. 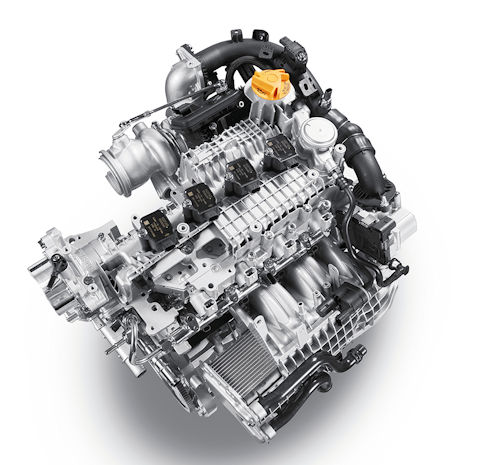 The two debut engines for the European market are both turbocharged, with a 4- valve cylinder head, direct injection and MultiAir II distribution. They are also Euro 6 approved and are equipped as standard with a braking energy recovery system via a new generation alternator and the Stop & Start system .

These engines have been assembled since 2018 where 0.9 TwinAir and 1.3 MultiJet are already manufactured, in the same Polish factory as Bielsko-Biała .

These variants of FireFly will gradually replace the 1.4 MultiAir turbocharged (with regard to the 1.3), as well as the 1.6 E.torQ and 1.4 T-Jet (with regard to 1.0). These variants make their debut in the European market two years after the debut in the South American market, under the hood of the Jeep Renegade update presented at the 2018 Turin Motor Show, to then be applied also under the hood of the update of the Fiat 500X.