Available in both Coupé and Cabriolet forms, styling was refreshed with restyled and body-coloured bumpers, similar to the 328 with more integrated indicators and driving lamps, and new alloy wheels with a more rounded face. The 3.2 also boasted a major interior update, with a more ergonomic layout and a more rounded instrument binnacle. Later cars, from 1987 onwards, also sported ABS brakes. Fuel injection remained the primarily mechanical Bosch K-Jetronic (CIS) with an O2 sensor in the exhaust providing feedback to a simple computer for mixture trimming via a pulse modulated frequency valve that regulated control fuel pressure. 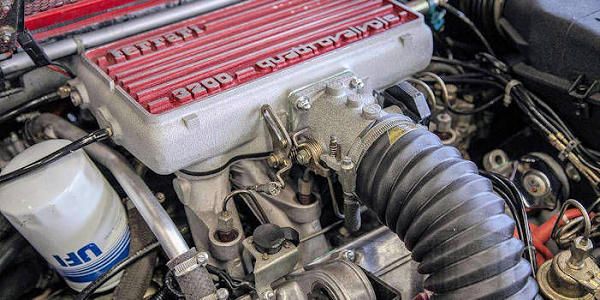 Ignition system was Marelli Microplex, with electronic advance control and one distributor per bank of the V8. The 1988 Mondial 3.2 would be the final model year that retained the relatively low maintenance costs of the 308/328 drivetrain, allowing major service items like timing belt and clutch replacement to be performed with the engine/transmission package still in the car.

With its unique Pininfarina derived design; everyday versatility, the Mondial has amassed a cult following of enthusiasts. It has not been universally admired however and is sometimes the target of derision due to what many consider the compromises (4 seats, longer wheelbase, heavier weight) Ferrari undertook creating the car in both form and function. Early negative reviews for the Mondial 8 has often been repeated by derivative articles that further tarnished the Mondial's image.

Many current enthusiasts have actually welcomed the negative views, as it has allowed the price of the model to remain relatively low and Ferrari ownership and/or parts accessible, however many speculate that it will inevitably rise significantly.